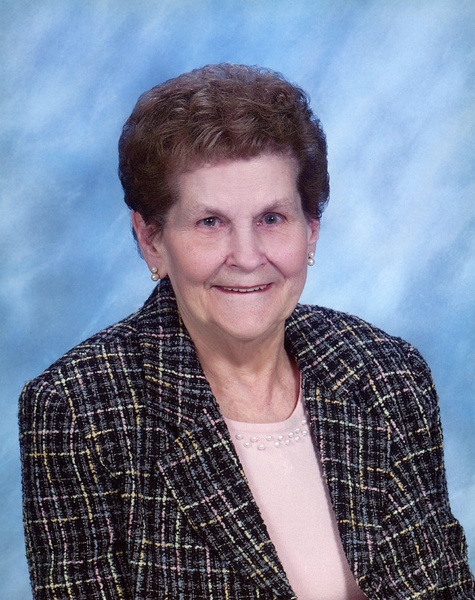 The memorial service for Lois Tetrault, of Morris, Minnesota will be held on Saturday, April 30, 2016 at 10:30 a.m. at the Assumption Catholic Church in Morris. Celebrant for the mass will be Father Todd Schneider. Visitation will be one hour prior to the service at the church. Burial will be at the Calvary Cemetery, Morris.

Lois Mae Eilers, daughter of Herman and Pauline (Kashuba) Eilers was born on April 14, 1926 in St. Paul, Minnesota, where she grew up and attended school. She attended St. Agnes High School in St. Paul and participated in speed skating during her school years. Lois was united in marriage to Joseph Tetrault on April 26, 1944 in St. Paul. The couple moved to San Diego, CA while Joseph was serving his country during World War II. In 1947, Lois and Joseph moved to Morris, Minnesota. Over the years, Lois worked as a waitress at the Pomme de Terre Country Club and Sunwood Inn; she always enjoyed meeting people and serving them. In her later working years, she worked at Willie's Super Valu, distributing samples. Joseph died on November 15, 1991. Lois continued to live in Morris and became a resident at the West Wind Village in September of 2013.

She was a member of the Assumption Catholic Church, and member of the American Legion and V.F.W. Auxiliaries in Morris. Lois loved to cook for family and friends. She enjoyed bowling and square dancing in her younger years and playing darts in her later years. Family and friends were very important to Lois; at Sunday dinner there was always enough food for a few more guests.

In lieu of flowers the family would prefer memorials to Cystic Fibrosis Foundation, 100 N 6th St, #604A, Minneapolis, MN 55403. Lois Tetrault
To order memorial trees or send flowers to the family in memory of Lois Tetrault, please visit our flower store.