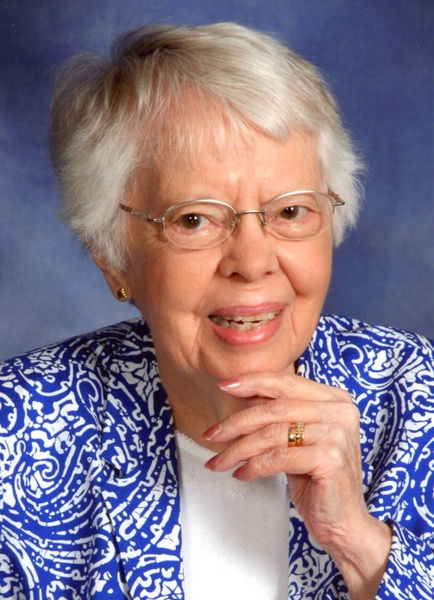 Lola Marie Rundgren was born on May 17, 1924 in St. Paul, Minnesota, to parents, Frankie (Colbertson) and Edward Rainey.  Her family also lived in St. Ansgar, Iowa and Grand Meadow, Minnesota during her childhood.  She graduated from Grand Meadow High School in 1942 and attended the University of Minnesota.

She met Earl, her husband of 67 years, while both were attending the U of M.  They were united in marriage on December 22, 1946 at the Grand Meadow Lutheran Church. They lived in Little Falls and Alexandria before moving to Starbuck in 1960.  Lola worked with Earl in their State Farm office for many years.

Throughout her life, Lola was involved in numerous church and community organizations. As a member of the Depot Society, she worked with others to secure the Depot’s designation as a National Historic Landmark.  She loved singing in the church choir, playing bridge, sewing and traveling.  But her fondest memories were of travels to visit her children, grandchildren and great-grandchildren.

In lieu of flowers, memorials are preferred to Fron Lutheran Church. Arrangements are with the Starbuck Funeral Home in Starbuck.

To order memorial trees or send flowers to the family in memory of Lola Rundgren, please visit our flower store.