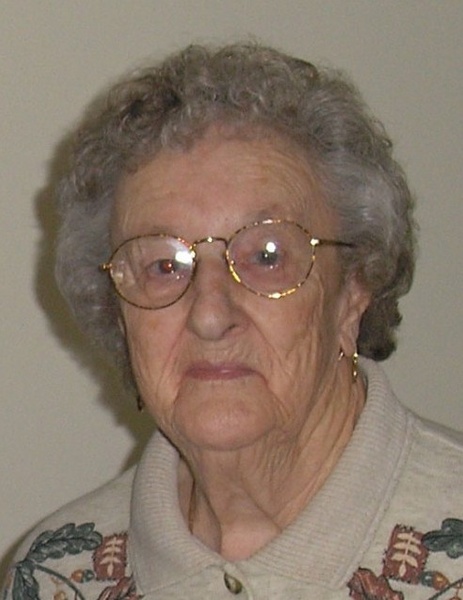 Lorinda Amanda Marie Felt was born July 4th, 1920, in Bridgewater, South Dakota to Fred and Ulinka (Martens) Stredde.  She was baptized on September 5, 1920 and confirmed into the faith on July 29, 1934.  Lorinda grew up in the Bridgewater, South Dakota area.  With the passing of her mother in 1935, Lorinda left formal schooling behind to care for her 9 younger siblings, working tirelessly through the great depression to help keep the family together.   In 1942, she moved to Chicago to work in a factory supporting the war effort.

Lorinda married Cpt. Lee DeJong on June 1, 1943 in Colorado Springs, Colorado while Lee was on leave attending a sister’s funeral.  After the war was over, they built a life and family together, farming near Gann Valley, South Dakota and later moving to Terrace, Minnesota.  They had four children together (Lori, Julie, Stephan, & Tim), and continued to farm in the area until Lee’s death in 1968.

In 1977, Lorinda married Oliver Felt from Starbuck, Minnesota.  They enjoyed 30 years together playing cards with friends and family, fishing, traveling, and gardening at their home in Starbuck until Oliver’s death in 2007.

Lorinda was the ultimate caregiver, not only for her family and friends, but also as a nurses-aid for over 30 years at the Starbuck Hospital and at the Minnewaska Nursing Home. She enjoyed cooking, gardening, and spending time with family and friends.  She was always “whipping something together” to feed and entertain whoever had come to visit, and enjoyed helping with church and community activities.

Lorinda passed away surrounded by family and friends on March 9, 2018 at her home in Diamond Willow of Detroit Lakes, Minnesota.

Starbuck Funeral Home in Starbuck is in charge of arrangements for Lorinda.  To send an on-line condolence, visit our website at www.starbuckfh.com

To order memorial trees or send flowers to the family in memory of Lorinda Felt, please visit our flower store.