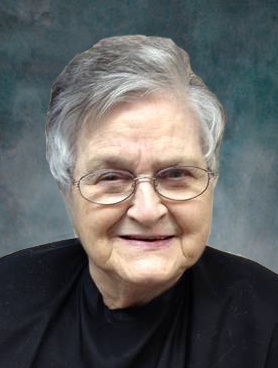 Funeral services for Lorraine Rixe of Graceville, formerly of Morris, Minnesota will be held Tuesday, June 12, 2018 at 10:00 a.m. at St. Paul's Lutheran Church in Morris, MN, with Reverend Donald Main officiating. Visitation will be Monday from 5:00 to 7:00 p.m. at the Pedersen Funeral Home in Morris and for one hour prior to services at the church on Tuesday. Burial will be in Trinity Lutheran Cemetery, rural Johnson, MN.

Lorraine Dorothy Raddatz, daughter of Theodore and Esther (Froehlich) Raddatz, was born October 6, 1934 on the family farm in Redpath Township near Norcross, Minnesota.  She was baptized October 28, 1934 at St. John’s Lutheran Church, Wheaton, MN and confirmed April 10, 1949 at St. John’s Evangelical Lutheran Church in Dumont. Following her schooling, she helped out on the family farm, and worked in various care giver positions.  She was united in marriage to Harold Rixe on January 7, 1955 at St. John’s Lutheran Church in Dumont.  Following a year spent in New Jersey while Harold served in the United States Army the couple made their home on the family farm, near Johnson purchased in 1961. While being a farm wife, and a mother of 4, she worked at Holy Trinity Hospital and Grace Home as a CNA. Her most precious patient was her grandson Jonathan who she helped care for. She also served as a Sunday school teacher, 4-H leader, and on various committees. In 1985 they made their home in Johnson and in 1993, the couple moved to Caledonia where they started Roseview Court. In 2004 Lorraine and Harold moved to Morris; where they enjoyed their retirement, each other, their family, bonding with their great grandchildren, and many camping excursions.  After a brief stay together at Grace Home, Harold passed away on August 18, 2014. Lorraine continued to live there, care for the plants, share stories, joke, laugh, and offer companionship to her fellow residents.

Lorraine died peacefully on Monday, June 4, 2018 surrounded by her family at Grace Home in Graceville. She was 83 years old.

She was preceded in death by her husband (Harold); parents (Ted and Esther); grandson (Jonathan); and brothers-in-law: Wally Moerer, Earl Issendorf and Alvin Lattimer.

To order memorial trees or send flowers to the family in memory of Lorraine Rixe, please visit our flower store.