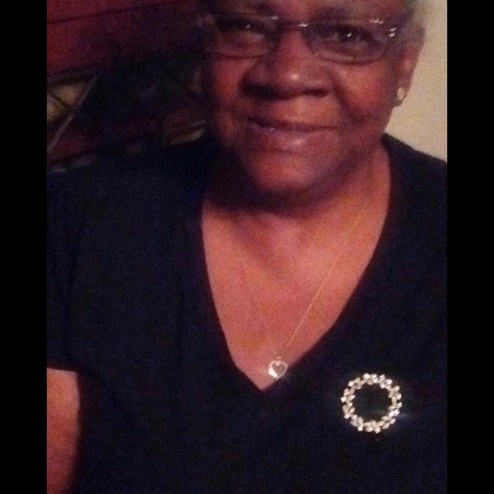 Private family services for Lorraine Tate, of Morris, Minnesota, formerly of Chicago, IL will be held at a later date.

Lorraine Johnson, daughter of Harry and Bertha Mae (Johnson) Hawkins, was born September 3, 1952 in Little Rock, Arkansas.  Lorraine grew up in Chicago, Illinois, where she attended school, graduating from Craine High School.  She was united in marriage to Leo Tate on September 11, 1971.  The couple made their home in Chicago.  In 2004, Lorraine moved to Morris, Minnesota where she lived 15 years next door to her daughter.  Lorraine continued to live in Morris until the time of her death.

Lorraine enjoyed reading, cooking, talking on the phone with her sister Vanessa Johnson and watching TV.

She is survived by her husband: Leo Tate; three children: Arennia Johnson of Morris, MN, Michael Johnson of Sioux Falls, SD and Ursula Johnson of Las Vegas, NV; 23 grandchildren; 23 great-grandchildren; one sister: Vanessa Johnson of Chicago, IL and a host of nieces, nephews, and great-nieces and nephews.  She was preceded in death by her parents; one son: Dennis Hunt Jr.; two sisters: Evelyn Johnson and Linda Johnson and one brother: Gregory Hawkins.

I’ve seen in you so much happiness.  I’ve seen your tears, and heard your laughter, we’ve went over a lot of things you like and dislike. You spoke highly of how much you love your children and grandchildren. You even spoke loudly of how much love you feel around your family.  I’m gonna miss that early morning call and offering me half your sandwiches.  I love you always.

To order memorial trees or send flowers to the family in memory of Lorraine Tate, please visit our flower store.