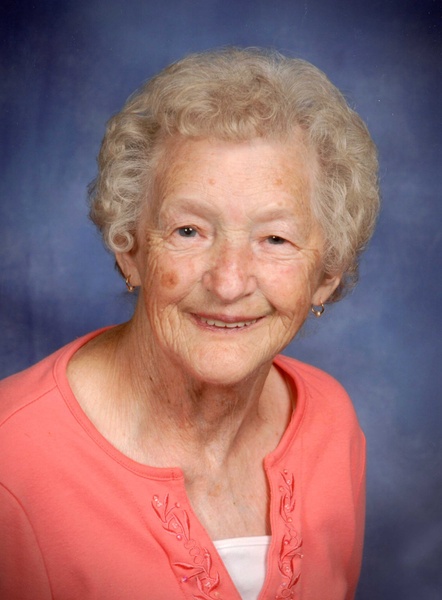 Funeral services for Louise Hagen of Glenwood, MN will be held Monday, March 7, 2016 at 10:30 a.m. at Fron Lutheran Church in Starbuck. Reverend Paul Johnson will be officiating. Visitation will be Sunday from 4 to 6 p.m. at the Starbuck Funeral Home in Starbuck and one hour prior to services at the church on Monday. Burial will be in Fron Lutheran Cemetery, near Starbuck.

Louise Marie Berg, daughter of Louis "Lars" and Marie (Njos) Berg, was born March 20, 1934 on the family farm in Warsaw Township near Dennison, Minnesota. At a young age, the family moved to Cannon Falls, MN where Louise grew up and attended school, graduating from Cannon Falls High School. Following her schooling, she moved to Minneapolis, where she attended the Minneapolis School of Business. Louise began working for the City of Minneapolis, where she was a purchasing agent for 35 years. She was united in marriage to Arden Hagen on August 5, 1972 in Minneapolis. The couple remained in Minneapolis until their retirement in 1996. Louise and Arden later moved to their lake home in Glenwood. Arden died September 4, 2003. Louise continued to live in the Glenwood area until the time of her death.

Louise was a member of Fron Lutheran Church and the Fraternal Order of the Eagles. She enjoyed collecting cookbooks, but will be remembered by never using them. She also enjoyed playing bingo and spending time with friends and family, especially sharing a cup of coffee.

Louise died Wednesday, March 2, 2016 at the age of 81 at Glacial Ridge Hospital in Glenwood, Minnesota. To order memorial trees or send flowers to the family in memory of Louise Hagen, please visit our flower store.