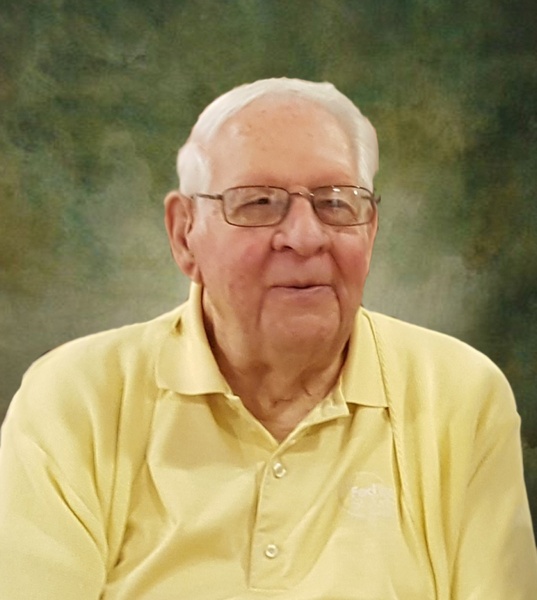 Louis James Helfrich, son of John and Katherine (Meuchel) Helfrich, was born on March 7, 1927 in Glen Ullin, North Dakota.  He grew up on a farm near Glen Ullin, North Dakota and attended school graduating from Glen Ullin High School in 1945.  He was united in marriage to Wilma McDowall on December 27, 1948 at Sacred Heart Catholic Church by Father Michael Messmer. Louie lived and worked in Dickinson, North Dakota at Ward Johnson’s Ford Motor Company and later MANN’s Automotive Supply until his retirement.  Louis and Wilma moved to Morris, Minnesota in 2012 to be closer to their daughter Melanie.  He continued to live in Morris until the time of his death.

Louis was a member of the Jaycee’s, Knights of Columbus 4th Degree, Lion’s Club, Elk’s Club, Germans from Russia and an associate of Sacred Heart Monastery.  He loved hunting, wood-working, golf, traveling and spending time with his family.

A private family memorial service for Louie will take place at a later date in Dickinson, North Dakota.

Pedersen Funeral Home in Morris is in charge of the arrangements.  To send condolences to the family please visit www.pedersenfh.com

To order memorial trees or send flowers to the family in memory of Louis "Louie" Helfrich, please visit our flower store.