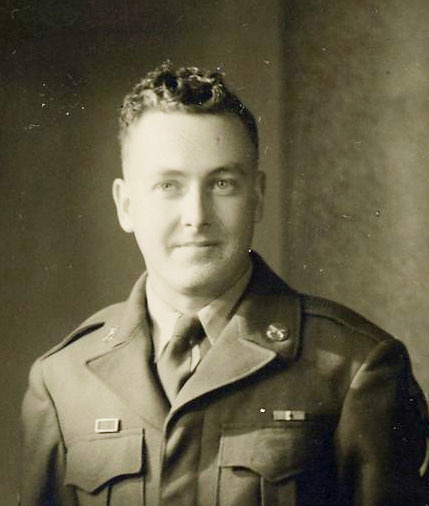 Celebration of Life for Manley Anderson of Morris, MN will be held Saturday, February 4, 2017 from 2-5 p.m. in the basement of the Old #1 Bar and Grill. Private family burial will be at a later date at Ft. Snelling National Cemetery in Minneapolis.

Manley Russell Anderson was born on March 16, 1921 to Frank and Mabel (Larson) Anderson at their home in Wheaton, Minnesota. He was baptized and confirmed in the Lutheran Faith. Manley was raised in the Wheaton and White Rock, South Dakota areas where he received his education until the 8th grade. After the completion of his education, Manley helped on the family farm until he was drafted in the United States Army; he served in World War II in Japan and was honorably discharged. After his time in the service, he moved to Morris, MN and started his 35 year career with Henry's Candy Company, retiring in March of 1983, as the Warehouse Manager. Manley met Rose Schmidt on September 30, 1947, Rose's 21st birthday, at the Lakeside Ballroom in Glenwood, MN. They were engaged a year later and were married on January 19, 1949. They made their home in Morris where they worked and raised their family. They were life-long residents of Morris, living in several homes around the area. In November of 2015, Manley moved into the West Wind Village in Morris.

Manley was a lifetime member of the Morris V.F.W. He and Rose enjoyed dancing and Manley could always be found listening to the big band music of the '40's.

Manley died peacefully on Tuesday, January 31, 2017 at the West Wind Village in Morris, MN; he lived to reach the age of 95 years.

Pedersen Funeral Home in Morris is in charge of the arrangements.
To order memorial trees or send flowers to the family in memory of Manley Anderson, please visit our flower store.