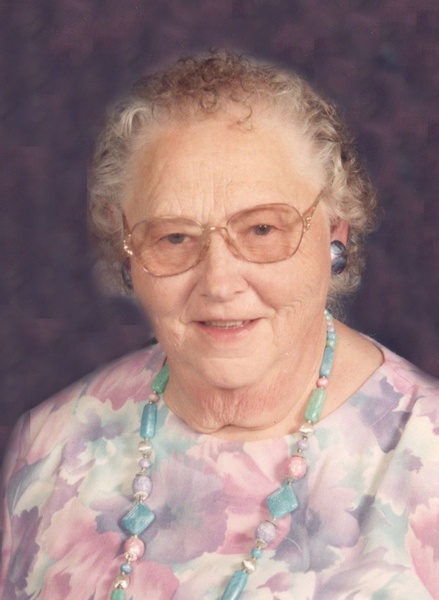 Funeral services for Marcella Recker of Morris, MN, formerly of Donnelly, MN will be held Monday, December 28, 2015 at 10:30 a.m. at St. Charles Catholic Church in Herman, with Father Mike Kellogg officiating. Visitation will be held Sunday from 4 to 6 p.m., with a prayer service and rosary to follow at the Pedersen Funeral Home in Morris and for one hour prior to services at the church on Monday. Burial will be in St. Theresia's Cemetery in Donnelly.

Marcella was born on December 19, 1918 in Iona, Minnesota to parents Nicholas and Katherine (Esser) Gaul. Marcella was baptized at St. Columba Catholic Church in Iona, Minnesota on January 1, 1919. She grew up in Iona and graduated from St. Columba High School in 1937. After school, she worked as a waitress and a nanny, helping many families with their children and housework. She was united in marriage to Victor John Recker on January 5, 1957 at St. Columba Catholic Church in Iona, MN. They made their home in Donnelly, MN, where Victor farmed until his retirement. Victor passed away on June 13, 1991.

Marcella was known for her love of gardening. She also enjoyed making quilts, crocheting, embroidering and making crafts of all sorts for the annual church bazaar. Marcella had a strong faith in God and was always happy putting others needs before her own. She was a member of St. Theresia's Catholic Church and St. Francis Mission Circle of Donnelly until they closed. She then joined St. Charles Catholic Church in Herman.

Marcella passed away peacefully on December 22, 2015 at West Wind Village in Morris at the age of 97.

Pedersen Funeral Home in Morris is in charge of the arrangements. To send condolences to the family please visit www.pedersenfh.com To order memorial trees or send flowers to the family in memory of Marcella Recker, please visit our flower store.