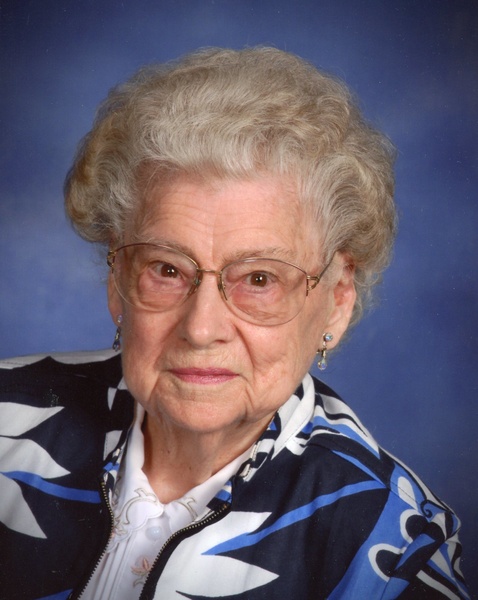 Margaret Henrietta Hanse, daughter of Melvin and Ella (Tinseth) Hanse, was born January 7, 1922 in Framnas Township in Stevens County, MN near Cyrus. She grew up and attended school in Cyrus graduating from Cyrus High School in 1940. Margaret was united in marriage to Harry Aslagson on June 7, 1941 at St. Petri Lutheran Church in Cyrus. The couple made their home in Starbuck, MN. Shortly after their marriage, Harry was sworn into the United States Air Force. While Harry was overseas, Margaret worked in the dining room at the West Central School of Agricultural in Morris. After Harry's discharge in 1945, the couple moved to Starbuck, MN and built their home in 1946. Margaret and Harry raised their family of four children in Starbuck. Margaret later worked at the Minnewaska Lutheran Home in Starbuck as a nurse's aide. When the children were older, she would travel with Harry in the summer while he worked construction. Following Harry's retirement, the couple remained in Starbuck. Harry died November 4, 2006. Margaret continued to live in Starbuck until the time of her death.

Margaret was a member of Minnewaska Lutheran Church where she was the Sunday school superintendent and teacher, church council treasurer, ladies aid president, and sang in the choir. She was also a member of the Starbuck American Legion Auxiliary and served as an election judge for the city of Starbuck for many years. She enjoyed traveling with her husband to the annual 95th Bomb Group Air Force reunions, sewing, crocheting, baking her famous chocolate chip cookies and watching the Minnesota Vikings and Twins. Most of all, Margaret enjoyed spending time with her family and friends.

Margaret died on Thursday, October 6, 2016 at the Minnewaska Lutheran Home in Starbuck. She lived to 94 years.

To order memorial trees or send flowers to the family in memory of Margaret Aslagson, please visit our flower store.