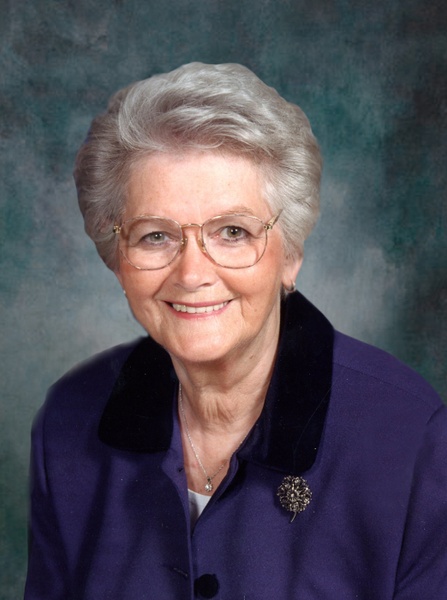 Funeral services for Margaret Torgerson of Morris, Minnesota will be held Friday, May 18, 2018 at 10:30 a.m. at Assumption Catholic Church in Morris, with Father Todd Schneider serving as Celebrant. Visitation will be Thursday from 5 to 6:30 p.m., with a prayer service at 6:30 and a rosary to follow at the Pedersen Funeral Home in Morris and for one hour prior to services at the church on Friday. Burial will be in Calvary Cemetery in Morris.

Margaret Ann Maloney, daughter of John and Ann (Starkey) Maloney, was born June 13, 1929 in Leaf Valley, Minnesota. At the age of three, Margaret’s family moved to Forada, MN and she began her schooling in Alexandria. On June 4, 1947, she was united in marriage to Allen Torgerson in Alexandria. Following their marriage they moved to Morris, where the raised their children. In 1961, she began working at Peterson Clothing, which later became Bon Jos Clothing. For the next 40 years, Margaret was a buyer and manager for the store. Allen died on September 9, 1978. Margaret has continued to live in Morris since that time, moving to West Wind Village in 2014.

Margaret was an active member of Assumption Catholic Church in Morris, where she served on the Ladies Guild. She also served on the Morris Chamber of Commerce Board of Directors. She enjoyed golfing, bridge, gardening, flowers and quilting. She especially enjoyed spending time with family and friends.

A special thank you to the staff at West Wind Village, for providing such great care for our mother.

To order memorial trees or send flowers to the family in memory of Margaret Torgerson, please visit our flower store.

Recitation of the Rosary