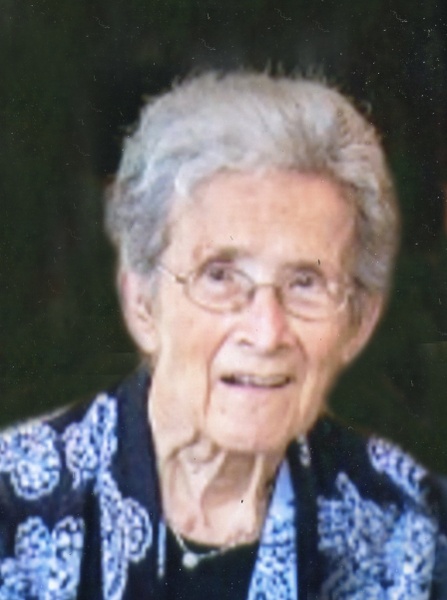 Memorial service for Marianne Blasey of Starbuck, MN, formerly of Benson, MN, will be held Monday, October 31, 2016 at 10:30 a.m. at St. Francis Catholic Church in Benson, MN. Celebrant for the service will be Father Mark Mallak. Visitation will be held Sunday at St. Francis Catholic Church in Benson from 4:00 to 7:00 p.m. with a rosary service at 7:00 p.m. Burial will be in West Zion Lutheran Cemetery in Hancock, MN.

Marianne Olga Rockler, daughter of Per and Olga (Schoenbeck) Rockler, was born October 27, 1933 in HA"A�llestad, Sweden, where she was baptized, confirmed and attended school. She continued her education at Uppsala University in Uppsala, Sweden earning her home economics degree in teaching in 1959. Following graduation, Marianne immigrated to the United States and was united in marriage to Stan Blasey on August 29, 1959 in Ada, MN. The couple made their home on Stan's family farm in Ada until 1963 when they moved to Dodge Center for Stan's job. For the next several years they lived in Morris and Eden Valley before settling in Benson, MN in 1973. The couple opened a hardware store, Coast To Coast, where Marianne worked as a clerk as well as at Breen's Drugstore. She retired in 1992 to the family's lake home on Lake Scandi. During her retirement years, Marianne enjoyed spending time with Stan traveling, going on walks and cross country skiing in the woods, refinishing trunks, spending time visiting with family and friends and especially being active with her grandchildren. In 2010, she moved to the Minnewaska Lutheran home where she was currently residing.

Marianne was a longtime member of St. Francis Catholic Church in Benson. She also belonged to study, book, and card clubs. She enjoyed needlework, quilting, knitting, flower gardening, bowling and was an avid reader.

She died on her 83rd birthday surrounded by family at the Minnewaska Lutheran Home on Thursday, October 27, 2016.

Marianne is survived by her husband: Stan Blasey of Starbuck; three children: Charlotte (John) Rustad of Clontarf, Bruce (Brenda) Blasey of Duluth and Elizabeth (Peter) Spates of Mitchell, SD; three brothers: Bjorn (Ann-Britt) Rockler, Lillemor Rockler and Jorgen Rockler all of Sweden; 11 grandchildren and 2 great-grandchildren. She was preceded in death by her parents: Per & Olga Rockler and Tor & Anna-Lisa Rockler; three brothers: Rolf, Jan and Per Åke Rockler.

In Lieu of flowers, the family wishes memorials to be given to Minnewaska Lutheran Home and Rice Hospice. Marianne Blasey
To order memorial trees or send flowers to the family in memory of Marianne Blasey, please visit our flower store.