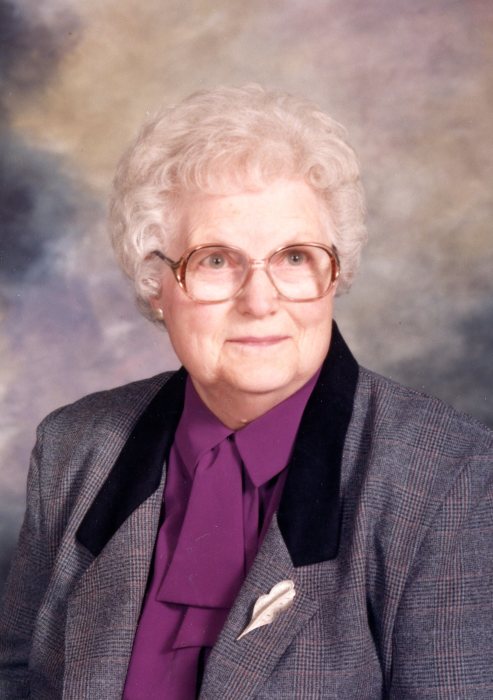 The funeral for Marie C. Austin, of Morris, formerly of Hancock, Minnesota will be held on Friday, July 20, 2018 at 2:00 p.m. at Pedersen Funeral Home in Morris, with Deacon Stan Hennen officiating. Visitation will be one hour prior to services at the funeral home. Burial will be at St. Malachy Catholic Cemetery, Clontarf, Minnesota.

Marie Henning, daughter of Carl and Rosa (Metz) Henning was born in Adrian, Minnesota on May 24, 1919. She grew up and was educated at St. Adrian’s School. Marie was married to Jack Blair on November 10, 1936 in Adrian. The couple lived in Adrian before moving to Hancock in 1957. Jack died in 1964. She married Harold Austin in 1965. Marie continued to live in Hancock before moving to Morris; most recent she was a resident at West Wind Village.

She was a member of St. Malachy Church in Clontarf and was active in the ladies circle at church. Marie enjoyed working at the clothing bank in Hancock, crafts, quilting, and sewing for her family and friends. She was a member of the V.F.W. Auxiliary and Legion Auxiliary.

Marie died on Tuesday, July 17, 2018 at West Wind Village in Morris, having reached the age of 99 years.

To order memorial trees or send flowers to the family in memory of Marie Austin, please visit our flower store.