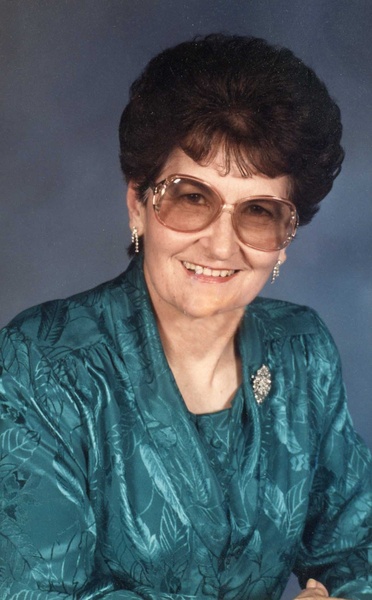 The funeral mass for Marie Van Dyke of Starbuck will be held Tuesday, April 5, 2016 at 10:30 AM at Sacred Heart Catholic Church in Glenwood. Celebrant for the mass will be Father Joe Vandeberg. Visitation will be held for one hour prior to services at the church on Tuesday. Burial will be in Eden Lake Cemetery in Eden Valley.

Marie Antoinette Ineste, daughter of Jean and Francois (Gracia) Ineste, was born April 20, 1922 in Oran, Algeria. Marie's father was a military supply officer in World War One, so when her mother died when she was ten the family was separated. Marie lived with relatives in France and Algeria growing up, where she graduated from high school in Oran, Algeria. Following her schooling, Marie worked for a French merchant and his wife who cared for her greatly during the war. Marie met her husband John Van Dyke when he was stationed in Oran and befriended her aunt and uncle. In 1946, John was honorably discharged from the Navy and sent for Marie to come to America so they could get married. On April 26, 1947, she was united in marriage to John Van Dyke. The couple bought a farm near Rutledge, where Marie quickly learned the farming lifestyle. In 1966, the couple moved to Cloquet and eventually retired in Eden Valley. John passed away on September 9, 1982. A couple of years later, Marie moved to Cyrus to be closer to her daughter and family. In 2012, Marie entered the Minnewaska Lutheran Home in Starbuck.

Marie passed away on Saturday, April 2, 2016 at the Minnewaska Lutheran Home in Starbuck, MN , having lived to reach the age of 93 years.

In lieu of flowers the family prefers memorials to the Minnewaska Lutheran Home or a charity of their choice.

To order memorial trees or send flowers to the family in memory of Marie Dyke, please visit our flower store.