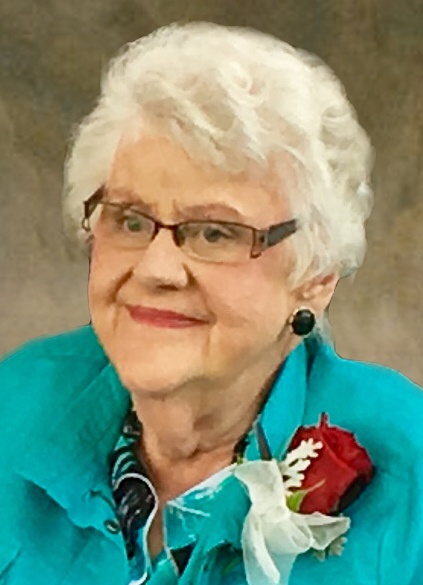 Memorial services for Marilyn DuBois of Starbuck, MN will be held Sunday, February 10, 2019 at 2:00 p.m. at Indherred Lutheran Church in Starbuck, MN with Reverend Paul Johnson officiating. Visitation will be one hour prior to services at the church on Sunday. Burial will be held at a later date.

Marilyn was born to Arnold and Jennie Sylvester on March 30, 1934.  She was born Verna Ruth Marilyn; however, her ten year old sister, Eleanore insisted that she be called Marilyn...and that’s the name that stuck!

Marilyn was a life long resident of Starbuck. In early 1952 she met Bob (Robert) DuBois and when she asked permission to go out with him her dad said, “what kind of name is DuBois, he’s certainly not Scandinavian”!!  To this she replied, “dad, I’m just going out on a date...I’m not going to marry him”!!

However; on December 13, 1952 Robert Anthony Delaney DuBois and Verna Ruth Marilyn Sylvester were united in marriage at St Johns Lutheran church in Starbuck. They celebrated their 66th wedding anniversary in 2018

For most of their married life Marilyn was a homemaker; however, she was also a gifted soloist and was asked to sing at many weddings and funerals in the community.

Marilyn died on Friday, February 1, 2019 at the Glacial Ridge Hospital in Glenwood, MN. She was 84 years old.

She was preceded in death by her husband, Bob, her parents, Arnold and Jennie Sylvester, four siblings, Doris, (who died at the age of two), Arvid, Eleanore (Sylvester) Gorder, and Hank, and also a granddaughter, Heather Lundebrek.

We all love you and are so happy that once again you and dad are together with Jesus and all the loved ones that you have now reunited with. Rest in peace, mom!

To order memorial trees or send flowers to the family in memory of Marilyn DuBois, please visit our flower store.