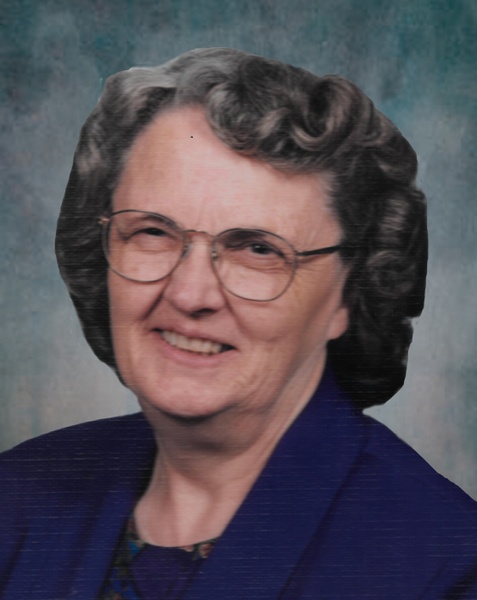 Marion Wilma Moser was born on April 1, 1932 to Walfred and Margaret (Molde) Sanders in Solem Township, Douglas County, Minnesota while at her mother’s parents’ house.  She was raised on a family farm, west of Hoffman, Minnesota where she attended country school until the 8th grade.  She graduated as salutatorian from Hoffman High School, class of 1949, one year early at the age of 17. Following high school, she attended two years of teacher training in Glenwood.  Marion taught at a country school south of Barrett and later at a country school south of Morris.  On June 22, 1952, Marion was united in marriage to Christian Moser at her parents’ home near Hoffman.  They made their home near Morris for a short time before moving to Herman where they farmed.  Marion helped Chris on the farm, raised their family, and did occasional substitute teaching.  In 1961, they moved back to Morris until 1967 when they switched homes with her parents and moved onto the family homestead near Hoffman.  They retired from farming in 1987 and moved to Morris in 1991. Chris preceded her in death on October 23, 2018 at West Wind Village.

Marion was a member of the rural Morris Apostolic Christian Church.  In her younger years, Marion was active in the Happy Landers 4-H Club.  Later, she encouraged her sons in 4-H, and was also a member of the Happy Helpmate Club in Roseville Township.  She and Chris enjoyed traveling. Marion enjoyed researching their destinations and documenting them with photos.  Most importantly, Marion cherished the time that was spent with her family.

Pedersen Funeral Home is in charge of arrangements for Marion.

To order memorial trees or send flowers to the family in memory of Marion Moser, please visit our flower store.