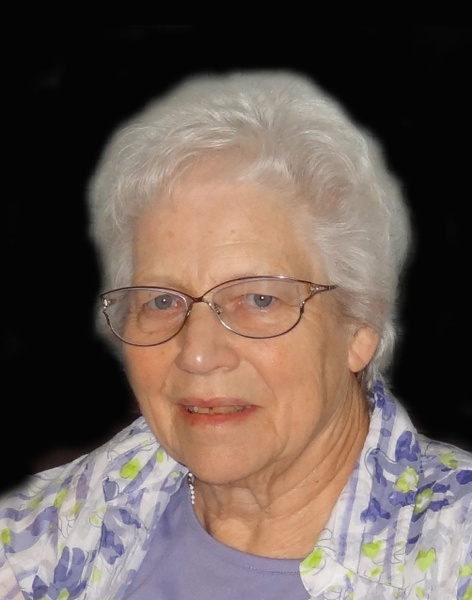 Funeral services for Marlene Bruland of Starbuck, formerly of Cyrus, Minnesota, will be held on Saturday, January 7, 2017 at 10:30 AM at Trinity Lutheran Church in Cyrus, with Reverend Chris Richards officiating. Visitation will be on Friday from 5-7:00 PM at Pedersen Funeral Home in Morris and one hour prior to services at the church on Saturday. Burial will be at St. Petri Cemetery in rural Cyrus.

Marlene Ann Frank was born on March 9, 1935 to parents John and Ellen (Oberg) Frank in Graceville, Minnesota. She was raised on a farm near Herman, Minnesota, where she attended country school until the 8th grade and then Herman High School, graduating with the class of 1953. Marlene was baptized and confirmed at St. John's Lutheran Church in Donnelly, Minnesota. Following her graduation, Marlene moved to Minneapolis, Minnesota where she began her career in banking at Federal Reserve Bank. While in Minneapolis, she was introduced to Milton Benjamin Bruland of Cyrus, Minnesota by her brother-in-law, Jimmy, after Milton's honorable discharge from the military in 1957. They were married on March 7, 1959 at Mount Olivet Lutheran Church in Minneapolis. They continued to live and work in Minneapolis until 1963, when they moved Morris, Minnesota for one year before moving to Cyrus, Minnesota. To this union, three children were born: Sheri, Sandra and Michael. Marlene was a stay at home mom until 1968, when Michael went to school and she began working at the State Bank of Cyrus. She remained at the bank for over 23 years, retiring in 1991. After her retirement, she remained in Cyrus until 2013, when she moved into Holly Ridge Manor in Starbuck, Minnesota.

Marlene was a very active member at Trinity Lutheran Church in Cyrus; living next door, she was the 'key holder', locking and unlocking the doors when needed. She served on numerous committees, and was a member of the Do Day Ladies. Marlene enjoyed cooking and baking and was famous for her overnight buns and apple bars. She looked forward to visiting at coffee parties and traveling, especially enjoying their trip to Norway. Marlene was a member of the Heart to Heart Support Group and the Homemaker's Group. Marlene loved to laugh and most importantly, she enjoyed the time that she was able to spend with her children and grandchildren.

Marlene died on Tuesday, January 3, 2017, at the Glacial Ridge Hospital in Glenwood, Minnesota; she lived to reach 81 years.

To order memorial trees or send flowers to the family in memory of Marlene Bruland, please visit our flower store.