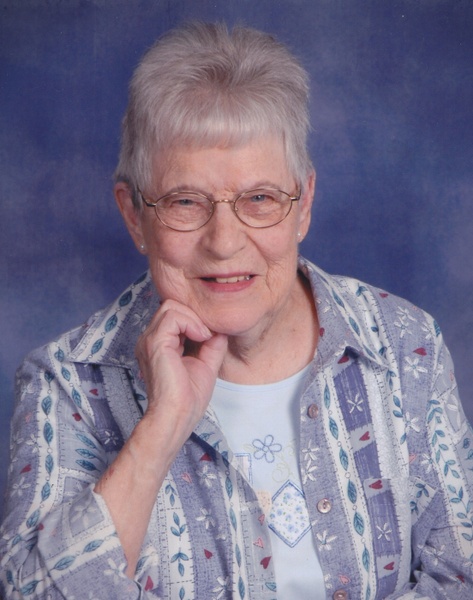 Marlys Irene Gaarder was born April 23, 1929 to Andrew and Hazel (Swensrud) Gaarder in Starbuck, MN. She was baptized and confirmed at Fron Lutheran Church by Pastor Casper Johnshoy. Before graduating in 1947, Marlys was educated in Starbuck Public Schools.

On March 13, 1948 Marlys was united in marriage to LuVerne Kenneth Flaten and the two welcomed three sons: Michael, Duane, and Paul. After the boys were in school, Marlys took a job as a receptionist at the Starbuck Clinic and made it a lifetime career, retiring after over 28 years of service in 1991.

She was a lifelong member of Fron Lutheran Church. Marlys also belonged to the Fron Ladies Aid, Sons of Norway, and VFW Auxiliary Post #4582. In her spare time, she enjoyed gardening, canning, playing cards, crocheting, and spending time with her family.

Marlys passed away Saturday, October 23, 2021 at the Glacial Ridge Hospital in Glenwood, Minnesota.  She was 92 years old.

Services have been entrusted to Starbuck Funeral Home in Starbuck, MN.

To order memorial trees or send flowers to the family in memory of Marlys Flaten, please visit our flower store.