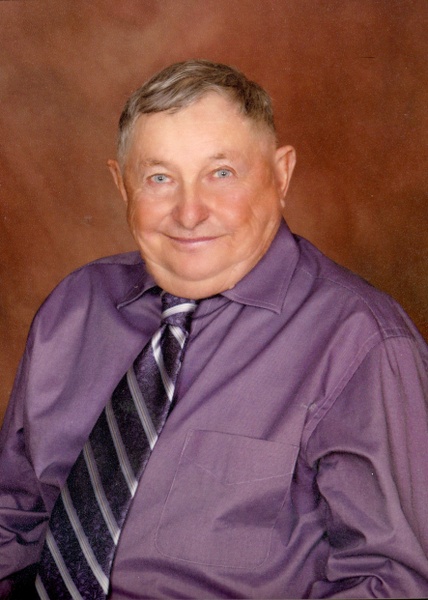 Memorial services for Marvin Brown of Hancock will be held Thursday, September 8, 2016 at 1:30 PM at Zion Lutheran Church in Morris. Reverend Carlton Anderson will be officiating. Visitation will be held Wednesday from 5 to 7 PM at Pedersen Funeral Home in Morris and one hour prior to services at the church on Thursday. Burial will be at Lakeside Cemetery in Hancock.

Marvin William Brown, son of Kenton and Selma (Daberkow) Brown, was born on May 26, 1929 in rural Hancock, MN. He attended Hancock Public School, later graduating from West Central School of Agriculture in 1946 and received a 2nd advanced degree in 1947. Marvin then went off to attend Diesel Mechanic School in Chicago, Ill. Upon completion of his education, he returned to Hancock to farm with his father and operate a diesel repair service. Marvin had a love for aviation. He became a private pilot in 1944 and purchased his Cessna 140 in 1948.

In 1962, Marvin was united in marriage to Jeannette Brenden. To this union 5 children were born. They made their home in rural Hancock and continued to farm with Marvin's father. In addition, Marvin did custom corn drying, hay/straw baling, grading township roads, and mowing township ditches. He served as a member of the Board of Directors for Cenex and Stevens County Soil Conservation and was a MN Flying Farmer. Marvin enjoyed boating, water skiing, camping, and Hot Air Ballooning.

Marvin was united in marriage to MaryJo Kisgen Splitstoser on May 26, 1984, which added 3 more daughters to his fatherhood. Marvin and MaryJo made their home on the family farm, farming side by side until their retirement in 1992. From then on, they thoroughly enjoyed their free time together restoring antique tractors and were active in Pope County Flyers, Pioneer Power Club, Antique Caterpillar Machinery Owners Club, EAA Chapters 702 & 1172, Midwest Air Society, and hosting many Fly-Ins at Brown's Airport.

Marvin died peacefully, in his sleep at the age of 87, on September 3, 2016 at Golden Living Care Center, Benson, MN. To order memorial trees or send flowers to the family in memory of Marvin Brown, please visit our flower store.