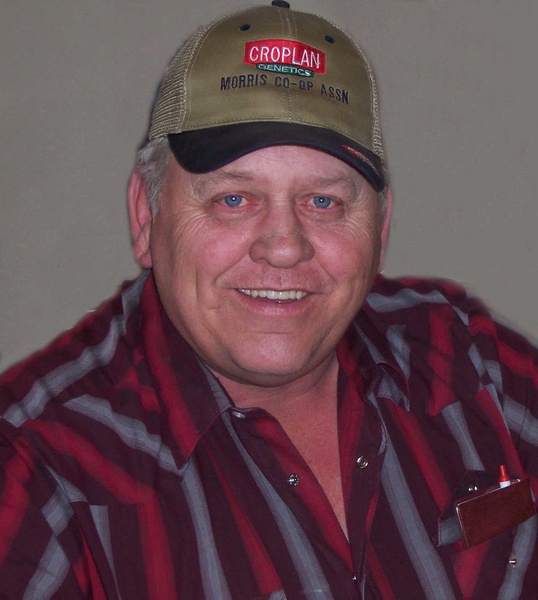 Funeral services for Marvin Hanson of Morris, MN will be Monday, July 11, 2016 at 10:30 a.m. at Pedersen Funeral Home in Morris. Minister Beverly McNeill will be officiating. Visitation will be held Sunday from 4 to 6 p.m. at the Pedersen Funeral Home and for one hour prior to services at the funeral home. Burial will be in Emmanuel Lutheran Cemetery in Swan Lake Township.

Marvin Lewis Hanson, son of Melvin and Elanda (Tomason) Hanson was born June 15, 1951 in Morris, Minnesota. He grew up in the Morris area and attended school in Cyrus, graduating in 1969. Following his schooling, Marvin worked laying underground cables. In 1972, He began helping his dad on the family farm. When his dad retired, Marvin took over the farm operations until his health no longer allowed him. In his later years he worked for Johnson Grain & Feed. In the spring of 2015, Marvin moved into Morris.

He enjoyed traveling with family and friends, bowling, and especially spending time with his nieces and nephews.

He is survived by one sister: Linda (Dan) Pagel of Morris; one nephew: Alan (Laura Wilhelm) Pagel of Minneapolis; two nieces: Kimberly (Josh) McNally of Hoffman and Amelia (Nathan) Morland of Clarkfield; five great-nieces and nephews: Annola Wilhelm-Pagel, Wylie, Sydnie and Chandler McNally and Cohen Morland and aunts, uncles and cousins. He was preceded in death by his parents. To order memorial trees or send flowers to the family in memory of Marvin Hanson, please visit our flower store.