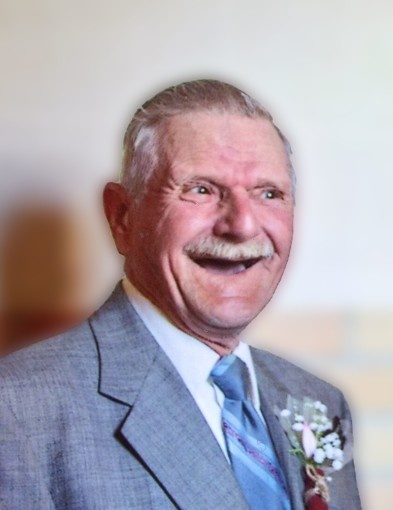 Funeral services for Marvin Henricks Jr. of Starbuck will be held on Saturday, March 26, 2022, at 11:00 a.m. at the Minnewaska Lutheran Church in Starbuck, with Reverend Dr. Joel Rolf officiating. Visitation will be Friday from 5 to 7 p.m. at the Starbuck Funeral Home in Starbuck and for one hour prior to services at the church on Saturday. Burial will be held at the Solem Cemetery in Kensington, MN.

Marvin was born May 9, 1933, to Marvin and Clara Henricks of Chokio, MN. He grew up on the family farm and attended a country school to 8th grade, then Alberta High School till the family moved to Kensington, MN. Marvin enlisted into the US Army in 1953. He married his wife, Rose Lincoln, in 1956. In 1957, he was sent to Japan and served there for a year. After he was discharged from the Army, Marvin worked for Bell Telephone Co. of Osakis, MN. He was transferred to Onamia, MN where he and Rose started their family. Four years later he was transferred to Soderville, MN where he continued his work for Continental Telephone.

Marvin loved farming, so the family decided to move to Starbuck, MN, where he worked for Starbuck Telephone installing phones and switching cable for many towns in the surrounding area. Marvin and Rose would then move out to Kensington where they bought a farm near Hoffman, MN where he was able to continue farming and working for Runestone Telephone of Hoffman. Several years later they sold their farm and moved to Leader, MN, and farmed. Marvin drove semi for a wood shaving plant for three years. After quitting farming, he lived in Starbuck and worked several jobs, last one being Harvest States, before retiring.

Marvin and Rose were blessed with nine children, 22 grandchildren, 29 great grandchildren, plus one more to come in April. Marvin loved his family dearly and enjoyed fishing, watching the Minnesota Twins, doing puzzles, and having campfires. He is at peace with Jesus and will be greatly missed by his family and friends. God Bless his memory.

When Marvins health failed him, he was at Holly Ridge in Starbuck with his wife, Rose, until he went to his heavenly home on March 19, 2022, he was 88 years old.

He is preceded in death by his parents, Marvin and Clara; his sons, Kenneth, and Thomas; and several aunts, uncles, and cousins.

To order memorial trees or send flowers to the family in memory of Marvin Henricks, please visit our flower store.