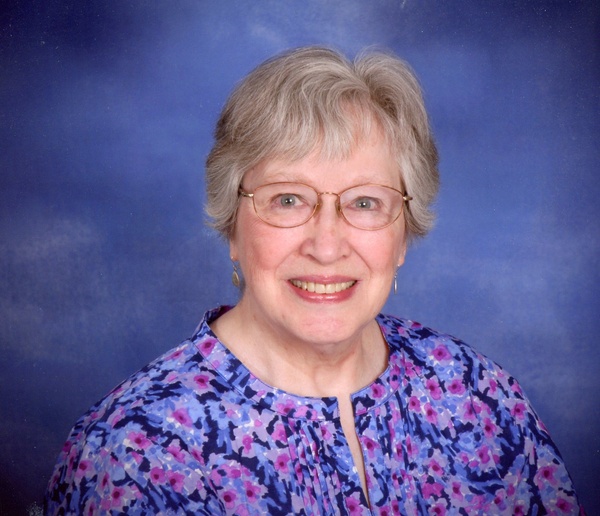 Memorial services for Mary Anne Peterson will be held Saturday, September 10, 2016 at 2:30 p.m. at First Lutheran Church in Morris. Reverend David Christenson will be officiating. Visitation will be held one hour prior to services at the church. Burial will be in Scandia East Cemetery.

Mary Anne (Lund) Peterson, a long-time resident of Morris, Minnesota passed away of natural causes in her home on August 24, 2016. She was 81 years old.

After some years living and working in Minneapolis, Mary Anne and Fred moved to Morris in 1961 and built a home on Highland Drive. They had two children, Kristin Maija and Karl Frederick. They divorced in 1968.

Mary Anne took a secretarial post at First Lutheran Church and then began her position as accountant at the Stevens County Highway Department on September 2, 1969 until her retirement on March 8, 2004.

Mary Anne was bright and curious, a perfectionist with a mind for details and a tenacity to balance the most stubborn of ledgers. A self-described Anglophile, she loved the English language and was a voracious reader of novels and historical fiction.

During her time working at the Stevens County Highway Department, Mary Anne, curious and tenacious as ever, was instrumental, (along with the Stevens County Computer Department), in designing the first cost-accounting software program, thus moving the county's existing paper accounting system into the digital 20th century. Eventually this cost-accounting software program was adapted by 20 West Central Minnesota county highway departments.

Her gift to us all was her voice. Most of Mary Anne's life was filled with music. She won solo competitions in high school and went on to perform in St. Olaf's Manitou Singers and Chapel Choir. When she moved to Morris, she joined the First Lutheran Church Choir. Her voice brought joy to weddings and comfort to funerals. Mary Anne would often accompany herself on a big upright mahogany piano, singing contemporary favorites of hers, filling our home (and the neighborhood) with music.

She loved her children and she loved her cats. After her divorce, Mary Anne did everything she could to maintain a loving, supportive home. Even though she worried a great deal about us (as mothers do) she gave her children the encouragement and freedom to be who ever they want to be. As for the cats, they were spoiled rotten.

Mary Anne is survived by her daughter Kristin Maija Peterson, her son Karl Frederick Peterson, her ex-husband Frederick William Peterson and her three cats, "Big Boy," "Smudge," and "Prince." She is predeceased by her brother, Paul Lund, a resident of Rio, Wisconsin, who died November 5, 2008 at age 77.

Our deepest heart felt gratitude goes to Jeanne Ennen, Norma and LaMont Jeitz, their son Ben and their daughter Andrea. You have been so caring, devoted and best of friends to Mary Anne, seeing her through so much, even in her passing. To order memorial trees or send flowers to the family in memory of Mary Peterson, please visit our flower store.