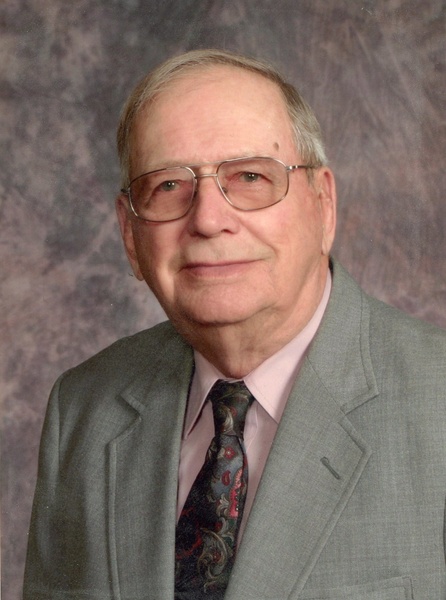 Funeral Services celebrating the life of Maurice Telford Knutson, 95 of Benson will be Thursday, May 12, 2016 at 2:00 p.m. at East Zion Lutheran Church in rural Starbuck. Reverend Jackie Haverstine will officiate. Visitation will be one hour prior to services at the church. Interment will be in the East Zion Cemetery.

Maurice was born April 13, 1921 in Langhei Township to Carl and Tilla (Aslagson) Knutson. He attended country school at School District 65 in Langhei Township until the 8th grade. Maurice married Madelyn V. Collins on March 12, 1944 at East Zion Lutheran Church. The couple made their home in Langhei Township, where Maurice began farming in 1950 and continued to throughout the majority of his life. In 1963 he completed his training and got his private pilot license. Maurice became one of the original members of the Pope County Flyers Club. He was a lifelong member of East Zion Lutheran Church where he served on the Church Council and was also a board member for the Farmers Union Co-op. He enjoyed spending time at Leech Lake, where he and Madelyn had their fifth wheel camper. He loved fishing, hunting, flying, farming, making lefse, donuts and eating lutefisk. Maurice and Madelyn recently celebrated their 72nd wedding anniversary.

To order memorial trees or send flowers to the family in memory of Maurice Knutson, please visit our flower store.