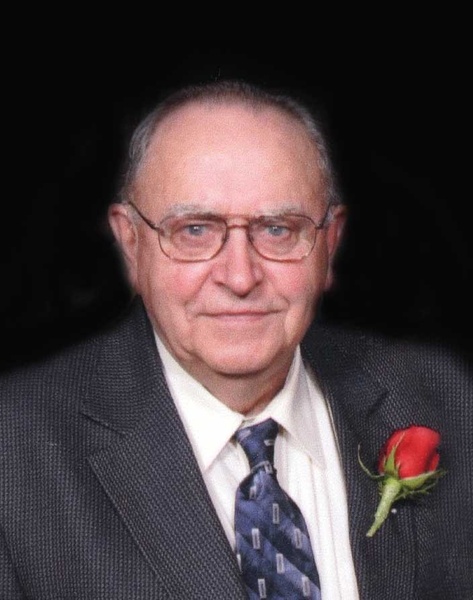 Funeral services for Melvin Brunkow of Herman, MN will be held Saturday, March 19, 2016 at 10:30 a.m. at Bethlehem Lutheran Church in Herman, with Reverend Carl Berner officiating. Visitation will be Friday, March 18, 2016 from 5 to 7 p.m. with a prayer service at 6:30 at the Pedersen Funeral Home in Morris and for one hour prior to services at the church on Saturday. Burial will be in Lakeside Cemetery near Herman.

Melvin Earl Brunkow, son of Milo and Mildred (King) Brunkow was born October 26, 1925 in Graceville, Minnesota. While Melvin was still an infant, his mom, Mildred passed away. He was baptized on May 7, 1926 and confirmed on May 7, 1939 at Trinity Lutheran Church near Johnson, Minnesota. In January, 1928, Milo married Margaret Boots, who became a second mother to Melvin. Melvin attended School District #61 in Stevens County and School District #19 in Traverse County. While attending school and following his schooling, Melvin helped his dad on the home farm in Eldorado Township in Stevens County, Minnesota. On November 29, 1946, he was united in marriage to Lorna Wade at St. John's Lutheran Church in Donnelly, Minnesota. To this union three children were born, Gary, Wayne and Sharon. Following their marriage, the couple lived on the family farm, where Melvin continued to farm with his dad. In 1948, Melvin and Lorna purchased their own farm in Eldorado Township. The couple moved to Herman in January, 1979, but Melvin continued to help with the farming. Lorna passed away on June 8, 2009.

Melvin and Lorna enjoyed going dancing and camping trips on weekends. Melvin was a longtime member of Bethlehem Lutheran Church in Herman. He enjoyed woodworking, doing crafts with Lorna and playing cards. He especially enjoyed spending time with his family.

Melvin died on Thursday, March 10, 2016 at the age of 90 years at the Barrett Care Center in Barrett, Minnesota. To order memorial trees or send flowers to the family in memory of Melvin Brunkow, please visit our flower store.