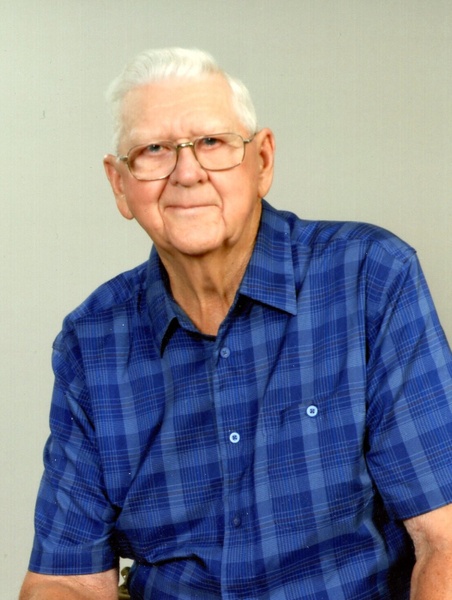 The funeral for Merald Thorstad, of Morris, Minnesota will be held on Friday, March 1, 2019 at 10:30 a.m. at the First Lutheran Church in Morris, with Reverend Dan Belgum-Blad officiating. Visitation will be on Thursday from 5 to 8 p.m. at Pedersen Funeral Home in Morris and Friday, one hour prior to services at the church. Burial will be at Summit Cemetery, Morris.

Merald Dean Thorstad, son of Martin and Selma (Lerohl) Thorstad was born on December 25, 1931. He attended school in Granite Falls and Sacred Heart; before moving with the family to Morris, where he attended the agricultural school. Merald proudly served his country with the United States Army. After being honorably discharged, he returned to the Morris area and farmed. Merald was united in marriage to Helen Madsen on February 25, 1956. The couple moved to Hancock, before returning to Morris in 1969, when Merald began working in the agricultural division of the University of Minnesota Morris, taking care of the livestock herds. He also continued to farm through the years. Helen died on November 9, 2008. Merald continued to live on the family farm until the time of his death.

He was a Cockshutt tractor collector, attending tractor shows for miles around. His love for tractors also took him to many local fairs and threshing shows, where he would enter in the tractor pulls. Merald was a member of First Lutheran Church, Minnesota Gopher Cockshutt Club and the Good Sam Camping Club. Family gatherings, with visiting, joking, and playing cards were always cherished by Merald. He also enjoyed welding: making bird feeders, lawn ornaments, and tractors. Merald will be remembered by many for his kind heart, being fun natured, and just a good guy. He was a proud Norwegian.

Merald died unexpectedly, Friday, February 22, 2019 at the Melrose Hospital in Melrose, Minnesota. He was 87 years old.

Pedersen Funeral Home in Morris is in charge of the funeral arrangements. An online guestbook can be signed at www.pedersenfh.com.

To order memorial trees or send flowers to the family in memory of Merald Thorstad, please visit our flower store.