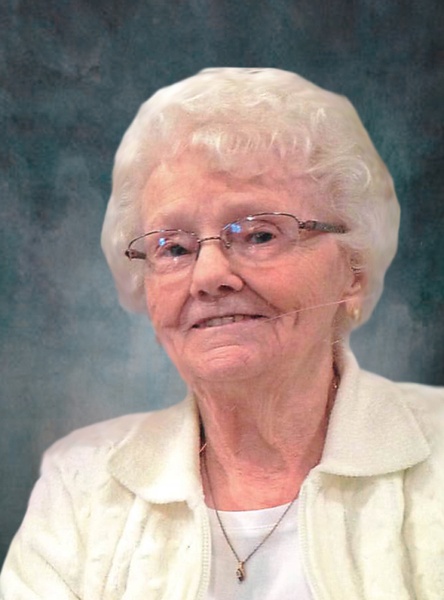 Funeral services for Mildred Dingman of Morris will be Friday, October 29, 2021 at 10:30 a.m. at Assumption Catholic Church in Morris, with Father Todd Schneider celebrating the mass. Visitation will be Thursday from 4 to 7 p.m., with a rosary at 6:30 p.m. at the Pedersen Funeral Home in Morris and for one hour prior to services at the church on Friday. Burial will be in Calvary Cemetery in Morris.

Mildred Mary Budde, daughter of Edward and Johanna (Enneking) Budde, was born April 30, 1926 on the family farm near Melrose, Minnesota.  She grew up and attended school in Melrose, graduating in 1944.  She was united in marriage to Clarence Dingman on August 27, 1946 in Melrose.  Mildred and Clarence lived in St. Paul for a short time and made their home in Morris, Minnesota in 1951, where they raised their eight children.  In 1972, she began working as secretary at Chandler-Wilbert Vault Company, where she worked for several years.  During their retirement, Mildred and Clarence owned and operated Dingman Floral.  Clarence passed away September 12, 2000.  Mildred continued to live in Morris until the time of her death.

Mildred was a member of Assumption Catholic Church where she was involved in many groups.  She enjoyed working at the flower shop and was known for her incredible green thumb.  Her hobbies were crocheting, fishing, playing cards, cheering on the Minnesota Twins and she loved to play bingo.  She will be missed dearly by her friends and family.

To order memorial trees or send flowers to the family in memory of Mildred Dingman, please visit our flower store.