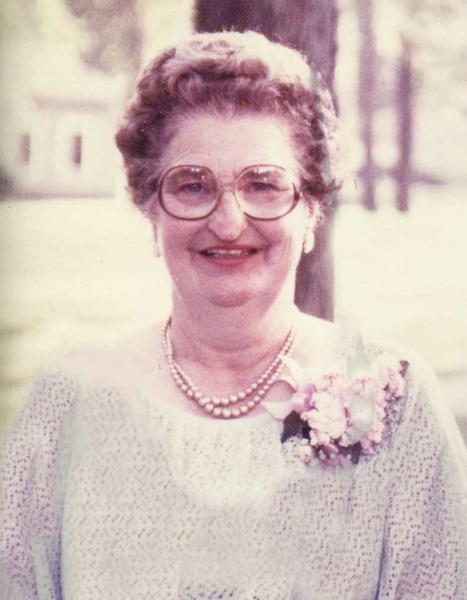 The funeral mass for Monica Mich of Morris, Minnesota will be held Thursday, February 11, 2016 at 11:00 a.m. at Assumption Catholic Church in Morris. Celebrant for the mass will be Father Todd Schneider. Visitation will be held one hour prior to services at the church on Thursday. Burial will be in St. Theresia's Cemetery near Donnelly.

Monica Mary Mich was born November 21, 1920 to Thomas and Anna (Mahoney) Leonard of Pierce County, North Dakota, where she grew up and attended school. After her schooling she worked at the Herbst Department Store in Fargo, North Dakota. On October 15, 1960, Monica was united in marriage to Alphonse "Bud" Mich, Jr. at St. Anthony of Padua Catholic Church in Fargo. They made their home and farmed in Rendsville Township, Stevens County until Bud's death in 1986. Thereafter, Monica moved to Morris where she worked in retail and volunteer pursuits; she was most recently a resident of Skyview Court. Monica enjoyed being with and visiting with others.

She is survived by a daughter: Mary Louise Mich; sisters and brothers-in-law and several nieces and nephews. She was preceded in death by her husband; her parents; brother: Walter P. Leonard and sister: Beatrice Vetsch.

Memorials are preferred to St. Francis Health Services of Morris in appreciation for the care provided to Monica in recent years. To order memorial trees or send flowers to the family in memory of Monica Mich, please visit our flower store.