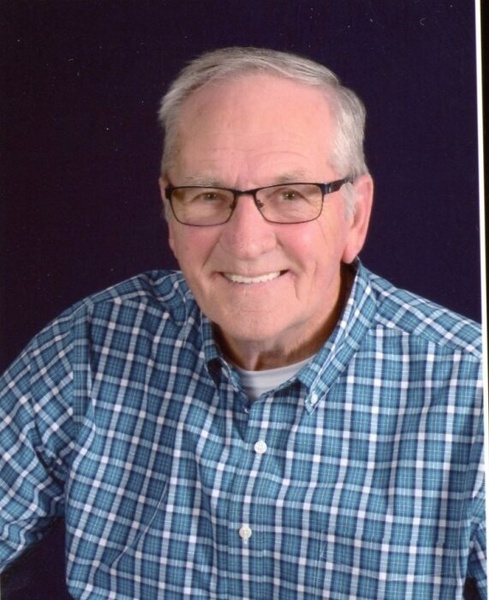 Nickolas "Sonny" Ver Steeg died on Friday, October 9, 2020 at the age of 82. Funeral services for Sonny Ver Steeg of Hancock, MN will be Wednesday, October 21, 2020 at 10:30 a.m. at Christian Reform Church in Hancock, MN, with Reverend Harrison Newhouse officiating. Visitation will be Tuesday from 4 to 7 p.m. at the Pedersen Funeral Home in Morris. Burial will be in Lakeside Cemetery in Hancock.

There will be a live stream of Sonny’s service starting at 10:30 a.m. on Wednesday, October 21, 2020.  To view the service on the Pedersen Funeral Home website, scroll to the bottom of Sonny’s page and click the link.

Nickolas Ray (Sonny) Ver Steeg was born April 19, 1938 to Ray and Clara (Van Heukelom) Ver Steeg at home in rural Hancock, where he lived his entire life. He attended Hancock Public School through the 8th grade, when he quit to help his dad on the family farm. He loved farming with his dad and brothers. Sonny was in the National Guard from 1960-1967. After he quit farming, he held several jobs (custodian at Hancock Public School and helping farmers). He married Theora Mae Hoekstra on October 7, 1966 at Pipestone, MN Christian Reformed Church. They were blessed with a son, Timothy Lee and a daughter, Jeanine Joy through adoption and later two grandchildren. His family and faith were everything to him. He was a baptized and professing member of the Hancock Christian Reformed Church.

He continued farming until 1986 with his dad and brothers. In 1995 he started working for his brother John at Riverside Express. He worked there 25 years until August 2020 when he was diagnosed with cancer. He loved working with and for John and the guys at the shop and the drivers.

He was a fast ball pitcher playing in town and church teams. His brother Edgar was his catcher. There was a league of guys who were in the National Guard together, they played in Wells Park in Morris. He was a great underhand pitcher with good wrist action. He hit a home run – the last they saw it, it was going over the trees. He received a plaque for the longest home run ever hit.

He loved airplanes and air shows, watching planes take off and land. He had the privilege of a trip to Washington to be on an aircraft carrier with his nephew, Chad Ver Steeg who was in the Navy. He watched the aircraft land and take off on the ship U.S. Nemitz. He took several trips to Texas, Washington, California and Arizona. But mostly he loved and enjoyed staying home with his family.

Blessed be the memory of your servant, Nickolas (Sonny) Ver Steeg.

Pedersen Funeral Home in Morris is in charge of the arrangement.

To order memorial trees or send flowers to the family in memory of Nickolas "Sonny" Ver Steeg, please visit our flower store.