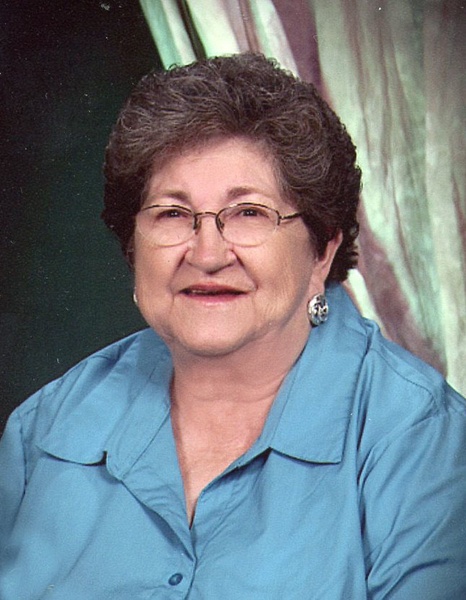 The funeral for Opal M. Harstad, of Morris, Minnesota will be held on Saturday, December 31, 2016 at 2:00 p.m. at the Faith Lutheran Church in Morris, with Reverend Dell Sanderson officiating. Visitation will be on Friday at Pedersen Funeral Home from 5 to 7 p.m. and Saturday, one hour prior to the service at the church. Burial will be at the Kongsvinger Cemetery, near Donnelly, Minnesota.

Opal Marguerite Anderson, daughter of Vedar and Olive (Holt) Anderson was born on October 11, 1926 in Spokane, Washington. She was baptized into the Christian faith on December 9, 1926 by Rev. Gerhard Peterson in Spokane, Washington. Opal was confirmed on September 12, 1954 by Rev. Emil Kallevig at Bethany Lutheran Church in Morris, Minnesota. She lived some of her childhood years in Spokane and later in the Whitefish/Kalispell, Montana area. Opal's father died when she was 11 years old. Later, Opal and her mother moved to Priest River, Idaho, where she gained a wonderful step-father, Henry Knopfle. Opal graduated from Priest River High School.

In 1952-1953, Opal traveled to Minnesota via Great Northern Railway to visit her aunt Marie and uncle Otto Krogen in Morris. They worshiped together at Bethany Lutheran Church, where Opal met her future husband, Ervin Harstad. The couple married on June 22, 1953 at Bethany Lutheran Church, through this union three children were born: Karen, Vedar and Eddie. The couple made their home in Morris, where Opal was a stay at home mom. She supported her family in all activities of church and school; while raising vegetables, flower gardens, canning hundreds of quarts of food and taking part in the family catering business. She also found time for family dogs, being the church caretaker and more.

Every summer the family took a 2 week trip to Northern Idaho to visit Opal's family and up North to Talmoon, Minnesota to the cabin. Opal was active in Ladies Aid, bible studies, Sunday school, and Women's Circle of Bethany Lutheran and later Faith Lutheran Church. Opal volunteered countless hours at the volunteer desk and the dialysis unit at SCMC. Opal also taught religion classes and worked on the DAC lunch wagon and enjoyed being an active auxiliary member of the VFW, Legion and Eagles. She carried the flag in many local parades.

Opal's favorite Mother's Day gift was a three-wheeled bike that she put many miles on! The family catered two major events: 1975 Karen and Charles' wedding and in 1978 Opal and Ervin's anniversary. The couple loved to dance most Saturday nights and often opened their home to family and friends after for lunch. Ervin died on March 27, 1982. Opal was thrilled to welcome her only grandchild, Carla in 1985, a relationship she has always treasured. In 2001, she sold her home and moved to Green River Apts. With her poor vision and mobility, she retired her 3 wheeled bike.

Opal died on Sunday, December 25, 2016, Christmas morning at the West Wind Village in Morris. She was 90 years old. To order memorial trees or send flowers to the family in memory of Opal Harstad, please visit our flower store.