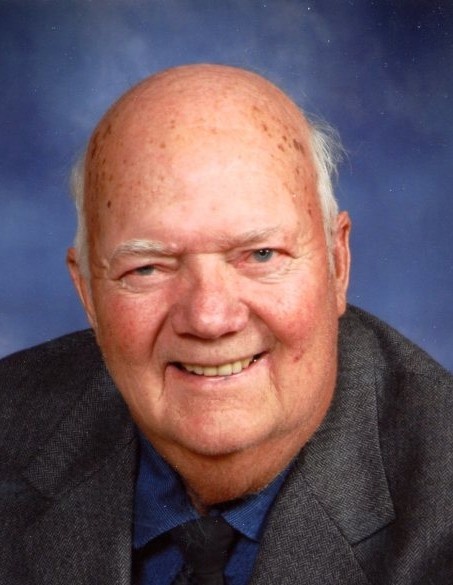 Funeral services for Orville Erickson of Morris, MN will be Saturday, June 23, 2018 at 11:00 a.m. at Our Savior's Lutheran Church in Chokio, with Reverend Bob Amundson officiating. Visitation will be Friday from 4 to 6 p.m., with a prayer service at 6:00 at the Pedersen Funeral Home in Morris and for one hour prior to services at the church on Saturday.

Orville Wayne Erickson, son of Edward and Louise (Fahje) Erickson, was born August 25, 1930 in Baker Township in Stevens County, Minnesota. He was baptized and confirmed at Reque Lutheran Church in rural Alberta. Orville began his education at School District #57, before his family moved 13 miles south of Chokio, where he attended Country School District #100 through the 8th grade. He then went on to attend West Central School of Agriculture, before going back home to help on the farm. In the years after Ag School, Orville continued to build the farm.  During that time, he met his future wife, Kathryn Koehler.  On June 21, 1968, the couple was married at the church parsonage in Hutchinson. They made their home on Orville’s home farm and started their family. In 1968, Orville built one of the first hog confinement farrowing barns in Stevens County, which is still in use today.  In 1994, their son Jason started farming with Orville.  Orville and Kathy moved to Morris in 2009, but Orville continued to help Jason on the farm up until two years ago.

Orville was a member of Our Savior’s Lutheran Church in Chokio; he also served on the Chokio State Bank Board. He enjoyed hunting trips to Montana with his sons and friends, fishing, bowling, visiting with friend and neighbors and was an enthusiastic supporter of shaking dice at the Chokio Café. In his younger years, he was in 4-H, which led him to help is his kids when they became members.  Most importantly, Orville cherished the time he spent with his family, especially his grandchildren.

To order memorial trees or send flowers to the family in memory of Orville Erickson, please visit our flower store.