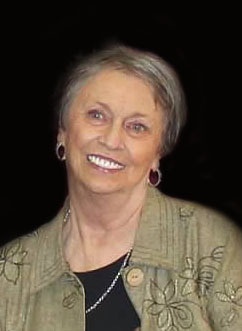 Funeral services for Pamela Peterson will be held on Tuesday, April 18, 2017 at 11:00 AM at the Pedersen Funeral Home in Morris. A visitation will begin at 9:30 AM and continue until the time of the service. Burial will be at Vinger Cemetery in Donnelly, MN.

Pamela Jo Alm was born on June 23, 1948 to Parnel and Marlys (LeSage) Alm in Morris. She was baptized and confirmed in the Lutheran faith at St. John's Lutheran Church in Donnelly, MN. She attended school in Morris, graduating with the Morris Area Class of 1966. After graduation, she attended the Willmar Vo-Tech where she received her LPN degree. In 1967, Pam was married to John Peterson and they lived in Bloomington, MN for a short time before moving to Hutchinson, MN. While there, she worked as a nurse at the Hutchinson Hospital. In 1975, Pam and her family moved to Brooten, MN where she worked as a bank teller and also for the Brooten School System. Pam moved to the Twin Cities area in 1994 where she resided until her death.

Pam loved spending time with her family and friends, especially her grandchildren.

Pam died on Thursday, April 13, 2017 at the Abbott Northwestern Hospital in Minneapolis, with her family by her side. She lived to the age of 68 years.

Pedersen Funeral Home in Morris is in charge of arrangements for Pamela Peterson. 
To order memorial trees or send flowers to the family in memory of Pamela Peterson, please visit our flower store.