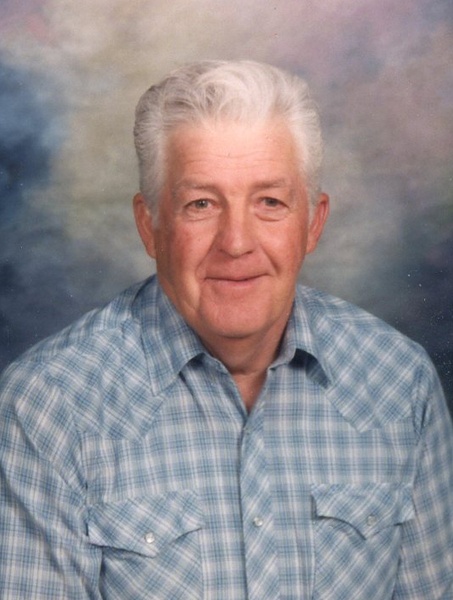 Funeral services for Paul Nelson of Donnelly, MN will be held Tuesday, October 27, 2015 at 10:30 a.m. at the Pedersen Funeral Home in Morris, with Rev. Michael Peterson officiating. Visitation will be Monday from 5 to 8 p.m. with a prayer service at 7:30 and a time of sharing to follow at the Pedersen Funeral Home in Morris. Visitation will continue one hour prior to services at the funeral home on Tuesday. Burial will be in Summit Cemetery in Morris.

Paul Wester Nelson, son of Chris and Rose (Henriksen) Nelson, was born August 26, 1937 on the family farm in Pepperton Township. He grew up and attended country school before graduating from Alberta High School in 1955. After his schooling, Paul began farming with his mom and brother, Mert on the family farm. He raised cattle, hogs, and farmed as well. During his off season, Paul worked various jobs including: the Stevens County Highway Department, Cargill and Oachs Plumbing. He was united in marriage to Arline Schuster on January 30, 1988 at St. Elizabeth Catholic Church in Elizabeth, Minnesota. The couple enjoyed visiting family and friends whenever possible. Paul continued to farm until a few years ago, but still liked to be involved during planting and harvesting. Arline passed away on August 12, 2012. Paul continued to live on the farm until the time of his death.

Paul was a very private man listening far more than talking only giving opinions when asked. He always had a twinkle in his eyes when he was joking around. Paul was known for his great sense of humor, and for being so close to his family. He was a member of the Donnelly Rod and Gun Club and served on the Pepperton Township Board. Paul enjoyed going to auctions, visiting, hunting deer and pheasants, trapping and had a strong passion for working with his dogs.

Paul died on Thursday, October 22, 2015 at Knute Nelson Care Center in Alexandria. He lived to 78 years.

He is survived by two brothers: Leslie (Selma) Nelson of Morris, Leonard (Judy) Nelson of Starbuck; one sister: Carol (Maynard) Thorstad of Hoffman; one sister-in-law: Margie Nelson of Barrett; one brother-in-law: LuDean Bruer of Morris; many nieces and nephews; step-children; step-grandchildren and step-great-grandchildren. Paul was preceded in death by his wife Arline; his parents; brothers: Raymond, Merton, Howard and Glenn Nelson; and sisters: Harriet Anderson, Gladys Madison, Irene Thorstad and Fern Bruer. To order memorial trees or send flowers to the family in memory of Paul Nelson, please visit our flower store.