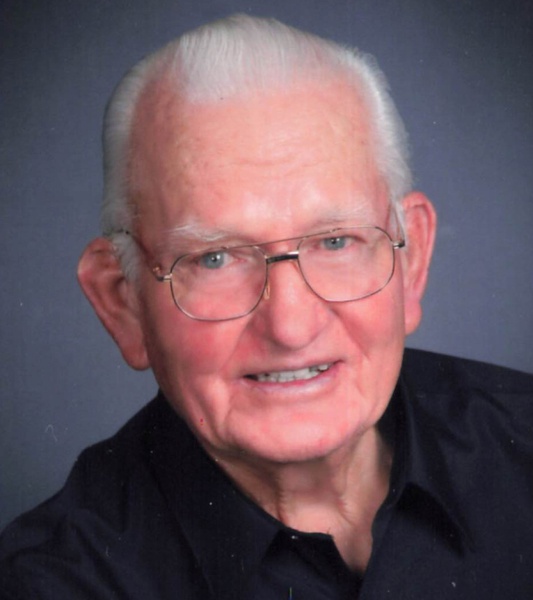 A Celebration of Life for Peder Baukol will be held on Friday, July 1, 2022, at 11:00 a.m. at Immanuel Lutheran Church, rural Starbuck, Minnesota.  Reverend Paul Johnson will be officiating.  A visitation will be at the church on Friday, beginning at 9:30 a.m. until the time of the service.  Burial will be in the church cemetery.

Peder Marcus Baukol was born on March 18, 1932, to Marcus and Betsey (Ronnei) Baukol at the family farm in White Bear Lake Township, Pope County, Minnesota.  Peder was baptized and confirmed at Immanuel Lutheran Church and received his education at country school through the 8th grade and then Starbuck High School where he graduated with the class of 1949.  After high school, he attended the University of Minnesota, St. Paul Campus for a short time before returning home to farm along side his dad.  In November of 1953, Peder was drafted in the United States Army, he was stationed overseas in Germany for nine months and in October of 1955, he was honorably discharged.  Peder met a young woman from Glenwood, Thelma “Timmie” Rosten, the couple dated and were married on May 12, 1956, at Indherred Lutheran Church, north of Starbuck.  They made their home on a farm near Peder’s family home and started their family, welcoming three children.  Peder retired from farming in the early 2000’s; even after retirement, he was always looking for things to do and land to buy (unable to convince Timmie to make the purchases!) In June of 2018, following a knee surgery, Peder became a resident of Minnewaska Lutheran Home in Starbuck where he continued to live until the time of his death.

Peder was a life-long member of Immanuel Lutheran Church.  He was proud of the community he lived in and was always supporting it in various ways and could always be found at community events.  He loved planning for and traveling with Timmie, their friends and family; a few of their travels took them to Europe, Alaska, and on several bus trips.   He was always reading, enjoyed playing cards and cribbage, and in younger years, hunting and fishing.  He was an avid Minnesota Sports fan – the Vikings, Twins, and Gophers.  Peder was very humble and thankful for the life he was given – “Count Your Blessings” he would always say!  He was extremely proud of his family, especially his grandchildren and great-grandchildren as it meant his family was growing!  One of his favorite pastimes was driving around, checking the fields, and deciding what land he was going to purchase next!

Peder died peacefully surrounded by his family on Friday, June 24, 2022, at the Minnewaska Lutheran Home in Starbuck, he was 90 years old.

In lieu of flowers, memorials are preferred to Immanuel Lutheran Church or Knute Nelson Hospice.

Starbuck Funeral Home in Starbuck is in care of arrangements for Peder.

To order memorial trees or send flowers to the family in memory of Peder Baukol, please visit our flower store.
Open