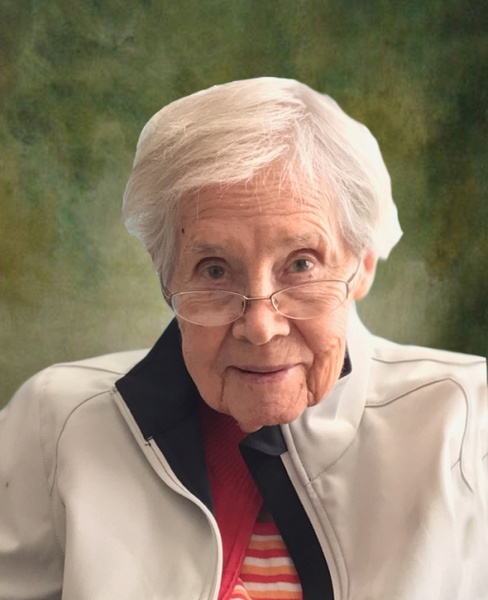 Funeral services for Phyllis Solvie, of Cyrus, Minnesota, will be held on Tuesday, December 3, 2019 at 10:30 a.m. at Trinity Lutheran Church in Cyrus, with Reverend Chris Richards officiating.  Visitation will be held on Monday from 5 to 7 p.m. at Trinity Lutheran Church in Cyrus and for one hour prior to the service at the church on Tuesday.  Burial will be at Cyrus South Cemetery.

Phyllis Irene Helleksen, daughter of Ervin and Myrtle (Christiansen) Helleksen, was born on a farm in Butternut Valley Township, Blue Earth County, Minnesota where she grew up and attended country school.  At the age of 13, her family moved to Starbuck, Minnesota where she graduated from High School in 1945.  Following her schooling, Phyllis helped on the family farm.  On October 5, 1947, she was united in marriage to Arden Solvie at Immanuel Lutheran Church near Starbuck by Reverend G.O. Forde.  The couple made their home on a farm near Cyrus where they farmed and raised their family of four children: Kieth, Melvern, Aaron and ViAnn.  Arden passed away February 15, 2005.  The following July, Phyllis moved to Morris, Minnesota where she continued to live until the time of her death.

Phyllis was an active member of Trinity Lutheran Church in Cyrus.  She enjoyed sewing, knitting, crocheting, quilting, woodworking, gardening, baking and cake decorating.  Phyllis was known for helping others, lending a listening ear and offering advice.  She will be missed dearly by her family and friends.

Phyllis died Thursday, November 28, 2019 at the Courage Cottage in Morris, Minnesota.  She was 92 years old.

To order memorial trees or send flowers to the family in memory of Phyllis Solvie, please visit our flower store.