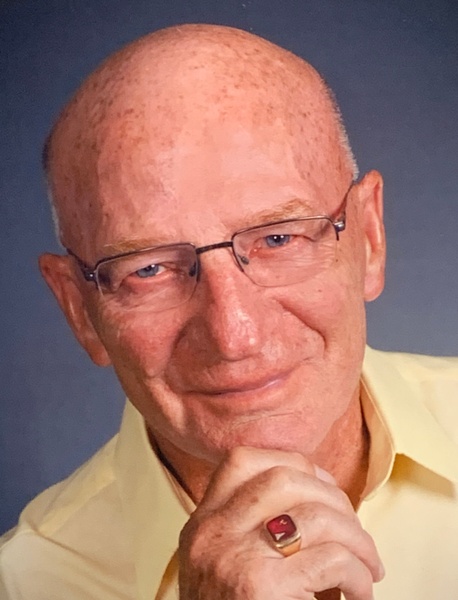 Funeral services for Reuben Van Luik will be held on Friday, March 4, 2022, at 11:00 a.m. at Immanuel Lutheran Church in rural Starbuck.   Reverend Paul Johnson will be officiating.  A visitation will be held on Thursday, March 3, from 5-7:00 p.m. with a Masonic Service and Order of Eastern Star Service beginning at 7:00 p.m at the Starbuck Funeral Home in Starbuck and for one hour prior to services at the church on Friday.  Burial will be at the Immanuel Lutheran Church Cemetery in rural Starbuck.

Reuben Abel Van Luik was born on April 14, 1931, to Leendert “Leonard” and Olive (Kobbervig) Van Luik on his family’s farm in rural Starbuck, Minnesota. While growing up he attended both country school #53 and Starbuck High School, where he would graduate from.

After completing his schooling, Reuben held many jobs. Some of these jobs included owning and operating his dairy farm, being a seed salesman for Dekalb, and selling both motorcycles and snowmobiles. However, his true love was farming.

On November 10, 1956, Reuben married Bettyann Schwendemann at her family home in Rolling Forks Township. Together the two would raise two sons, enjoy square dancing, attend countless activities and sporting events for their grandchildren and great-grandchildren, travel all over the world, and eventually become snowbirds, spending winters in Texas for over 35 years.

When Reuben wasn’t busy attending meetings for the many organizations he was involved in, traveling, or birdwatching, he could be found participating in anything involving farming. He enjoyed everything from talking about farming over a cup of coffee to restoring antique tractors. His love of tractors would eventually take him all over the state, nation, and even the world to attend and assist with tractor plowing events.

While Reuben lived a very full life, his most cherished moments are the ones he got to spend with his family.

Reuben passed away on February 28, 2022, at Glacial Ridge Health Services in Glenwood, Minnesota. He was 90 years old.

Starbuck Funeral Home in Starbuck is in care of arrangements for Reuben.

To order memorial trees or send flowers to the family in memory of Reuben Van Luik, please visit our flower store.