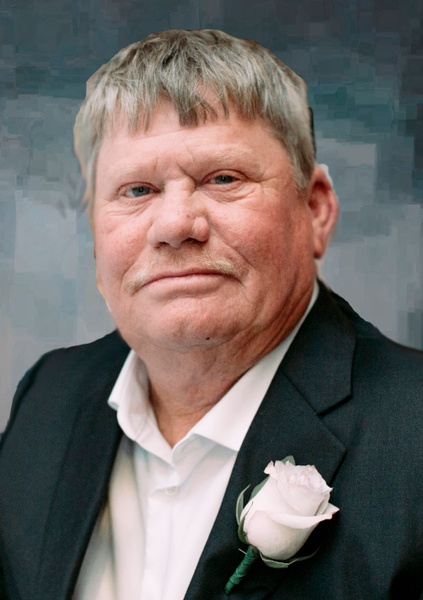 Funeral services for Richard Benson of Chokio, MN will be Friday, February 14, 2020 at 2:00 p.m. at Our Savior's Lutheran Church in Chokio, MN, with Minister Minette Stalheim Johnson officiating. Visitation will be from 12 to 2:00 p.m. at the church on Friday. Burial will be at a later date.

Richard “Rick” Allen Benson was born on January 30, 1958 the son of Floyd and Doris (Liehberg) Benson. Rick’s dad was a career military man, at the time of Rick’s birth he was stationed in Augsburg, Germany. The family moved throughout his childhood from military base to military base, Rick making connections with friends along the way. In 1968, the family moved to their forever home in Chokio, Minnesota. Rick graduated from Chokio High School and the following fall started diesel mechanics school at the area technical college. Halfway through his first year, Rick left school and started what would become a 33-year career with the Burlington Northern Santa Fe Railroad.

Rick was a strong-willed individual on the outside but had a heart of gold on the inside. He loved his family, enjoying every minute of being involved in his kids’ school and sporting activities. Rick’s family spent their down time riding bike and enjoying the outdoors. Rick was Norwegian and made sure that he passed on his heritage to his kids, even cooking the original Norwegian foods and desserts. He worked with his son Matt on wrestling, never missing a match as a spectator. Whitney his daughter, still to this day uses the lessons he taught his children on keeping organized finances and track of the stock market. In his spare time Rick enjoyed fishing and could be seen out and about playing bingo in the community. He liked to putter on various mechanical and household projects, often listening to the great hits of the Bee Gees. The lessons that he passed on and his heart of gold will be deeply missed by his children, family and friends.

Rick lost his battle with cancer on Sunday, February 9, 2020 at the Sanford Hospital in Fargo, North Dakota, he was 62 years young.

He leaves behind his children, Matthew (Samantha) Benson of Fargo, ND, Whitney (Jacob Wilson) Evans of Red Oak, Texas; grandchildren, Vianna Benson and Jayden Wilson; his extended family and many friends. He is preceded in death by his parents, Floyd and Doris Benson; son, Rawdon Hawkinson and brothers, Jim and Dave Benson.

To order memorial trees or send flowers to the family in memory of Richard Benson, please visit our flower store.