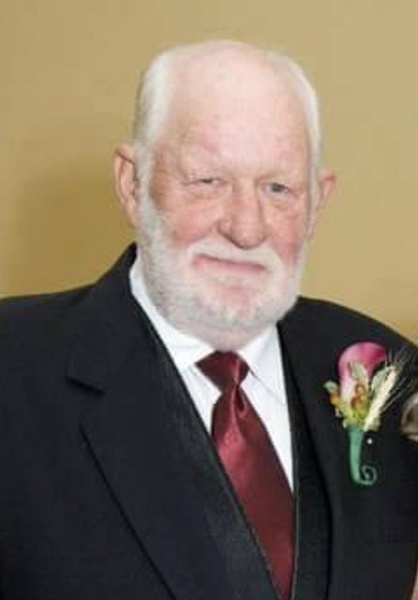 The funeral service for Richard "Dick" Gregersen of Starbuck, MN will be held Friday, May 19, 2017 at 2:00 p.m. at Fron Lutheran Church in Starbuck, with Reverend Paul Johnson officiating. Visitation will be Thursday from 5 to 7 p.m. at the Starbuck Funeral Home in Starbuck and for one hour prior to services at the church on Friday. Burial will be at Fron Cemetery in Starbuck.

Richard Kenneth Gregersen, son of Bennie and LaVerna (Lottman) Gregersen, was born February 3, 1942 in Inwood, Iowa. As a young child, the family moved to Canton, MN and later to Starbuck where Richard graduated from Starbuck High School in 1960. He was united in marriage to S. Rae Johnson in 1961. To this union two sons, Steve and Robb were born. Dick made his home in Starbuck where he worked at the Farmers Union Co-op in the Agronomy Department. In 1968, the couple made their home on a farm near Starbuck where Dick began a dairy farm operation. After several years of dairy farming, his son Steve took over, and Dick continued crop farming. Richard married Sharon Birr on July 9, 1999 in Glenwood. Dick continued to farm until 2015 and remained on the farm until the time of his death.
Dick could always be found outside, if not horseback riding or farming, he would be busy doing something around the farm. He loved taking Gator rides, especially with his grandchildren and dog Scooter. Along with his wife Sharon and friends, Dick enjoyed traveling, playing cards, and “talking smart”.

Richard died peacefully, on Friday, May 12, 2017 at his home in Starbuck surrounded by his family after a courageous battle with cancer. He was 75 years old.

To order memorial trees or send flowers to the family in memory of Richard Gregersen, please visit our flower store.