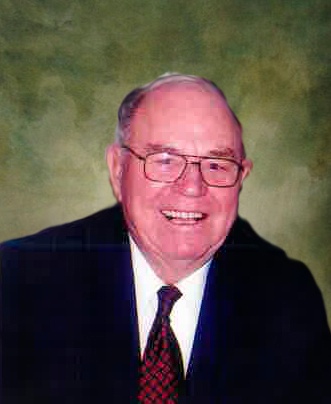 Richard J. Watson was born April 1, 1923 to parents Raymond and Ellie (Erlandson) Watson in Montevideo, Minnesota. His childhood was an unusual one, and he was taken in by Ernest and Clara Charles while he was a child and lived in Hancock, Minnesota. When Clara died he was placed in an orphanage in Minneapolis. However, his heart remained in Hancock and he returned to work for local farmers in his teenage years. When Pearl Harbor was bombed, WWII broke out and Ray enlisted in the United States Marine Corps. He became sergeant and fought on the front lines. He was wounded at Okinawa and was sent back to the United States to recover.

He married his wife, Lila Watson, on July 8, 1951 in Hancock, MN on the farm where Lila grew up. They had known each other since they were just children and she was the love of his life. They were stationed in California and South Carolina after the war. They then returned to Hancock where Ray worked for Paul Fehr and eventually bought a farm from him where they would raise their three children, Bonnie, Bob, and Barry Watson, and continue to call home for 62 years. Once they retired, Ray and Lila wintered in Orlando, Florida where their children and grandchildren lived, and summered on the farm in Hancock. In 2012, their health started to decline so they made the permanent move to Orlando so that their children could help with their care and they could be close to their family.

Ray had a gentle way about him. His kindness and soft spirit was a trademark that carried through with him his entire life. He loved the farm and loved the world that came with being a farmer. Often he would find bunnies in the field while working and bring them home so that his children could raise them as pets. He worked hard to provide for his family and never once complained about the hours he had to put in day and night. He loved the farmer’s way of life. A highlight of his life was his four grandchildren, Hillary, Ben, Marietta, and Sophia Watson. Every time one of them entered a room he would light up with the biggest smile. He loved having them visit in the summer on the farm, and teaching them all about the farm life that he loved, including shooting pigeons and picking rocks in the fields. They meant the world to him. He was a kind, gentle, and wonderful father and grandfather who will be missed deeply by this children and grandchildren. He was married to his wife, Lila, for over 66 years and their marriage was a true love story. Ray was baptized into the Apostolic Christian Church on November 18, 2015.

Richard entered the heavenly gates on Friday, December 15, 2017 surrounded by family at their Orlando home. It was three weeks to the day from when his wife left this earth. We feel Mom was calling him home to her.

In lieu of flowers, memorials are preferred to the Benji Watson Cancer Foundation; www.bensvoice.org.

Pedersen Funeral Home in Morris is in charge of the funeral arrangements. An online guest book can be signed at www. pedersenfh.com