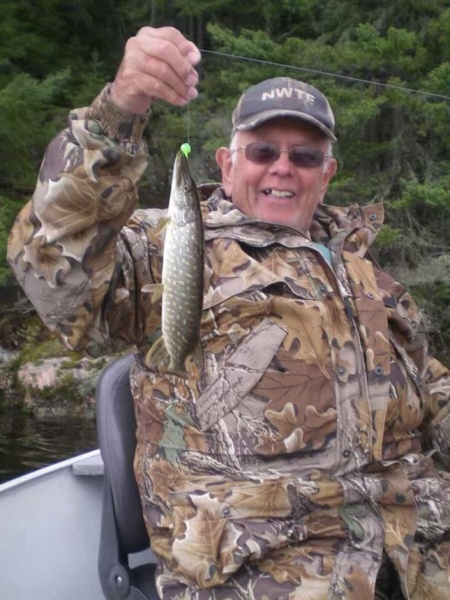 Memorial services for Richard “Dick” Engebretson, of Starbuck, Minnesota, will be held on Thursday, May 16, 2019 at 1:00 p.m. at Fron Lutheran Church in Starbuck with Reverend Paul Johnson officiating.  Visitation will be on Wednesday from 5 to 7 p.m. at the Starbuck Funeral Home in Starbuck and will continue one hour prior to the service at the church on Thursday.  Burial will take place at a later date at Fron Lutheran Cemetery, rural Starbuck.

Richard Allan Engebretson, son of Alfred and Judith (Sanvik) Engebretson, was born November 12, 1938 in Starbuck, Minnesota.  He was baptized at Immanuel Lutheran Church and confirmed at Fron Lutheran Church in Starbuck.  Richard grew up and attended school in Starbuck, graduating from Starbuck High School in 1956.  Following his schooling, Dick joined the United States Army where he served actively for three years from 1956 to 1959 and continued on the Army Reserves until 1962. He was honorably discharged on June 30, 1962.  Dick returned to Starbuck, where he took over his father’s business, Starbuck Electric Plumbing and Heating.  He was united in marriage to Marvae Christianson on October 5, 1968 at Trinity Lutheran Church in Cyrus.  Dick took a year off from work and moved to Wadena, Minnesota where he established and taught the Electrical Program at Wadena Technical School.  Dick and Marvae moved back to Starbuck where he continued to work at his electric and plumbing business until the time of his retirement in 2004. He was a Master Electrician and Master Plumber. Dick continued to live in Starbuck until the time of his death.

Dick was a retired member of the Starbuck Fire Department, a faithful member of the Starbuck Card Hall, served as president of Fron Lutheran Church, belonged to the Minnewaska Lake Association, volunteered with Habitat for Humanity and served on Pope County Planning and Zoning. He was an active supporter of Ducks Unlimited, Pheasants Forever and the National Wild Turkey Federation. Dick had an opportunity to travel and work in Antarctica in 1980. In 2004, he was able to go on a Navy Submarine Tiger Cruise for five days going submerged from Port Canaveral, FL to Groton, CT with his son Kyle.  Some of Dick’s hobbies included: hunting, fishing, playing cards, golfing, keeping up on the news and spending time with family and friends.  He had an extensive heart surgery in 2006 and completely recovered to enjoy 13 more years of fishing and spending time with his grandchildren.

Richard passed away peacefully surrounded by his family, on Friday, May 10, 2019 at the Minnewaska Lutheran Home in Starbuck.  He was 80 years old.

To order memorial trees or send flowers to the family in memory of Richard "Dick" Engebretson, please visit our flower store.