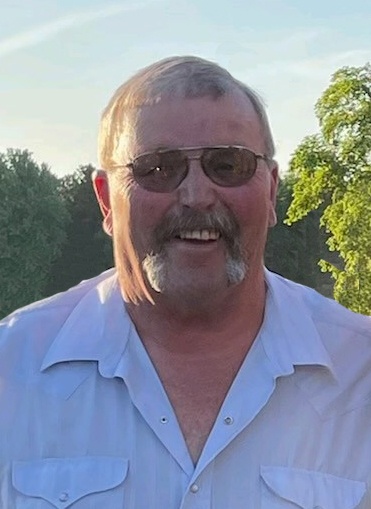 Memorial services for Richard “Dick” Raths of Morris, MN will be Monday, January 3, 2022 at 11:00 a.m. at St. Mary’s Catholic Church in Chokio. Celebrant for the mass will be Father John Paul Knopik. Visitation will be Sunday from 2:00 to 5:00 p.m. at the Pedersen Funeral Home in Morris and for one hour prior to services at the church on Monday. A private family burial will be at Calvary Cemetery in Morris.

Richard Lee Raths, son of Leo and Irene (Braun) Raths, was born March 22, 1950 in Morris, Minnesota. He was baptized and confirmed in the Catholic Church. Dick grew up on a farm near Morris and began his schooling in Morris, graduating in 1968 from Morris High School. He continued his education at Alexandria Technical School for Production Ag. Following his schooling, he returned to Morris and began farming. On October 26, 1974, he was united in marriage to Mary Lee Itzen at St. Charles Catholic Church in Herman. Following their marriage, the couple moved to rural Morris, where they raised their children and continued to farm and raise beef cattle. Dick worked many jobs over the years including Monson Trucking, Hancock Concrete and Westmor Industries, where he has continued to work until the time of his passing.

Dick was a member of St. Mary’s Catholic Church in Chokio. He was a NASCAR fan and a Minnesota Vikings fan. He was a big fan of the Chokio-Alberta High School Spartans Football, and he never missed a game his sons played. Dick loved teasing people, telling jokes and just joking around. He was always helping others and was known for taming and giving a name to all the farm cats, although he would never like to admit that! He especially loved playing with his grandkids and Tonya’s dog, Charlee “Chucky”.

Dick died unexpectedly at his home near Morris on Monday, December 27, 2021. He was 71 years old.

To order memorial trees or send flowers to the family in memory of Richard "Dick" Raths, please visit our flower store.