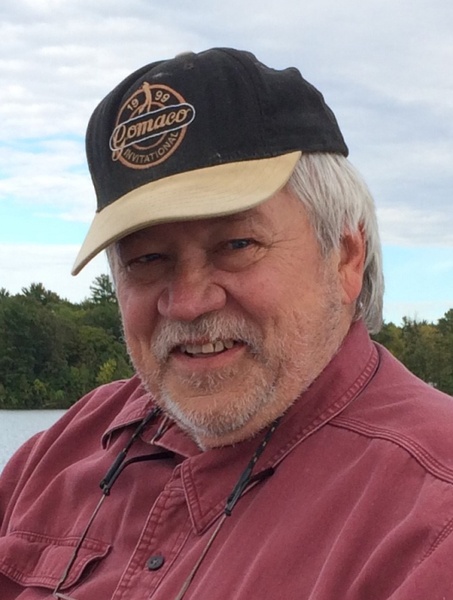 Funeral services for Robert “Bob” Stanley Bean, Jr. will be held Friday, August 30, 2019 at 2:00 p.m. at First Lutheran Church in Morris with Reverend Daniel Belgum officiating.  Visitation will be one hour before the service at the church.  Pedersen Funeral Home is in charge of arrangements.

Robert Stanley Bean, Jr. was born on May 10, 1945 in Boca Raton, Florida to Robert Stanley Bean, Sr and Frances (Hinde) Bean.  After his dad finished his service in the Army, the family moved to Battle Creek, Iowa where Bob graduated as a B.C. Bomber in 1963.  He was proud of his Battle Creek upbringing and loved to tell stories of being the quarterback of the football team and point guard of the basketball team.

Bob attended Parsons College in Fairfield, Iowa, where he lived with his grandfather Walter and met his best friend Jim Brouwer working at Brown’s Shoe Fit.  Jim introduced Bob to his girlfriend Cherry’s friend Diana McEachern.  On November 27, 1966, during a snowstorm, Bob and Diana were married in Centerville, Iowa.   Bob joined the Army and after his basic training in Fort Leonard Wood, Missouri, he and Diana made their home in Des Moines, Iowa.  They eventually bought his grandparents’ house in Fairfield, Iowa and Bob taught junior high math and coached at Van Buren Public Schools.  In 1985, after Bob completed his Masters in Education at Bemidji State University, the family moved to Menahga, Minnesota where Bob started his career as an Elementary Principal.  The family was in Menahga until 1992 when they moved to Lindstrom, Minnesota where Bob was the Principal at Chisago Lakes Primary School until 2003 when Bob and Diana retired to a lake home in Bemidji, Minnesota, which had been their dream. They were also fortunate to spend their winters at their home in Ft. Myers, Florida where Diana’s parents had retired.  Diana passed away on June 9, 2015. Last July, Bob decided to sell his lake home and move to Morris, Minnesota to be closer to his daughter Robi, son-in-law Ray and grandchildren Ryan and Emma.

Bob loved his career in education, but his family is what gave him the most pride.  He had the designation of being Ryan and Emma’s #1 fan and enjoyed watching them participate in sports.  He never hesitated to tell anyone how proud he was of them!  He also relished his status as “Favorite Uncle Bob” to his nieces and nephews and being the eldest Bean Boy!  His favorite place was his cabin at Moore’s Lodge in Walker, Minnesota and enjoyed when the family was all there.  He was often seen captaining pontoon trips to the Dairy Queen and organizing jet ski day.  Bob loved to play golf and in retirement enjoyed making custom golf clubs for family and friends.

Bob died on Friday, August 2, 2019 at the Courage Cottage in Morris, Minnesota after a short battle with pancreatic cancer.  He was surrounded by his family.

The Family would like to thank the wonderfully kind and caring staff at the Courage Cottage for their care of Bob during his final days and encourages all memorials to be sent to the Courage Cottage, 409 E. 1st Street, Morris, Minnesota 56267.

To order memorial trees or send flowers to the family in memory of Robert Bean Jr., please visit our flower store.