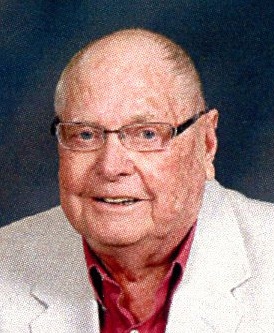 Memorial services for Robert Giese of Morris, MN will be Thursday, October 3, 2019 at 2:00 p.m. at St. Paul's Lutheran Church in Morris, MN, with Reverend Donald Main officiating. Visitation will be one hour prior to services at the church on Thursday. Burial will be in Summit Cemetery in Morris.

Robert Ralph Giese was born on November 9, 1924 to Otto K. and Martha (Reimers) Giese in Holloway, Minnesota.  He was baptized in Holloway and confirmed at St. John’s Lutheran Church in Hancock.  Robert attended school in Holloway and Hancock through the 11th grade.  On March 3, 1951, Robert was united in marriage to Beverly Ann Lonergan at Assumption Catholic Church Parsonage in Morris.  He farmed for many years near Hancock until 1965 when they moved to Morris.  He worked at Morris Co-op until 1968 when he started his career with MN DOT, retiring in 1989.

Robert was a member of St. Paul’s Evangelical Lutheran Church in Morris.  He appreciated the many visits from Pastor Donald Main over the years.  He enjoyed hunting, fishing, and working with wood. Robert also enjoyed working with the guys at DOT and playing cards.  Robert could be found watching a variety of sports, especially those of his children, grandchildren and great-grandchildren.  Most importantly, Robert enjoyed the time that he was able to spend with his family.

Pedersen Funeral Home is in charge of arrangements for Robert.

To order memorial trees or send flowers to the family in memory of Robert Giese, please visit our flower store.