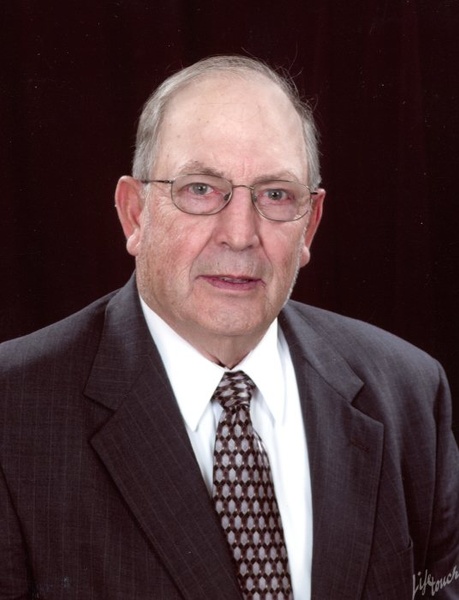 The memorial service for Robert Daniel “Dan” Kloos, of Morris, Minnesota, formerly of Herman, Minnesota will be held on Friday, March 9, 2018 at 11:00 a.m. at the Kongsvinger Lutheran Church, near Donnelly, with Reverend Michael Nelson officiating. Visitation will be on Friday, from 9:30 a.m. to 11:00 a.m. at the church. Burial will be at the Kongsvinger Cemetery, Donnelly.

Robert Daniel Kloos, a twin son of Prettyman “Brit” and Valborg (Fjoslien) Kloos was born on July 1, 1933 on the family farm in Roseville Township in Grant County, Minnesota. Robert was called Dan by many. He was very proud that he lived on his family farm all of his life. The family farm was purchased by his grandfather in 1886 (131 years ago). Dan was baptized by Reverend Aasen at Elbow Lake, Minnesota and confirmed by Rev. Sevig at Kongsvinger Lutheran Church, rural Donnelly. He graduated from Hoffman High School in 1951 and continued to farm until his retirement. Dan jokingly would tell people he really hadn’t made it very far in life.

Dan was united in marriage to LaVonne Berg on June 17, 1962 at the Trefoldinghed Lutheran Church in Battle Lake, Minnesota, celebrating their 50th wedding anniversary in June of 2012. Together the couple raised their two children Kristin and Robert Eric. Dan was very proud of his grandson, Daniel, especially since Daniel had a special love to ride in the cab of Grandpa’s John Deere tractor.

Dan sang bass in the Kongsvinger Quartet for many years, along with Henning Awsumb, Chester Larson and Lloyd Brandt. The quartet sang for many funerals and other special events. He served on the Kongsvinger Church Board and the Roseville Township Board for many years. Dan enjoyed being a member of the I.O.O.F. Oddfellow Harmony Lodge 230 in Herman, Minnesota.

Dan died on Saturday morning, March 3, 2018 at the West Wind Village in Morris. He was 84 years old.

To order memorial trees or send flowers to the family in memory of Robert Kloos, please visit our flower store.