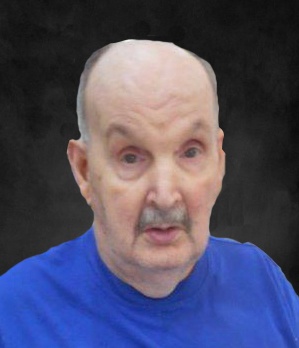 The funeral service for Robert Lincoln of Starbuck, Minnesota, will be a private family service with Reverend Dr. Joel Rolf officiating.  Burial will be at Lands Cemetery, rural Hoffman, Minnesota.

There will be a live stream of Robert’s service starting at 1:00 p.m. on Monday, January 4, 2021.  To view this service on the Starbuck Funeral Home website, scroll to the bottom of Robert’s page and click on the link.

Robert Lincoln, son of Alfred and Ethel (Schwartz) Lincoln, was born July 20, 1938 at his home in Chokio, Minnesota.  When Robert was quite young, his family moved to a farm in rural Kensington where he attended District 81 country school and graduated from Kensington High School.  After graduating, Robert worked for a farmer in North Dakota and later a farmer around Kensington.  When his father passed away, Robert stayed home to help his mother and bothers.  He enjoyed helping his mother tie her quilts and even made some himself.  She also showed him the art of cooking and baking when her health began to decline.  Robert was proud of the fact that he could do it for his family.  After Ethel passed away, Robert kept the house going for David and Charles.  After David passed away, Robert still was doing the caring for his little brother Charlie.  When Robert’s health began to decline, he became a resident at the Minnewaska Lutheran Home in Starbuck, where he continued to live until the time of his death.

He enjoyed puzzles, fishing, quilting with his mother, farming and country western music.  Robert was a quiet man but had a heart of gold.

Robert died Wednesday, December 30, 2020 at the Minnewaska Lutheran Home in Starbuck, Minnesota.  He was 82 years old.

He is survived by two sisters: Rose (Marvin) Henricks of Starbuck and Alice Lincoln of Minneapolis and many nieces, nephews and cousins.  He was preceded in death by his parents; brothers: Sidney, David, James and Charles Lincoln; sister: Jane Giecek; nephews: Thomas and Kenneth Henricks and several aunts and uncles.

To order memorial trees or send flowers to the family in memory of Robert Lincoln, please visit our flower store.