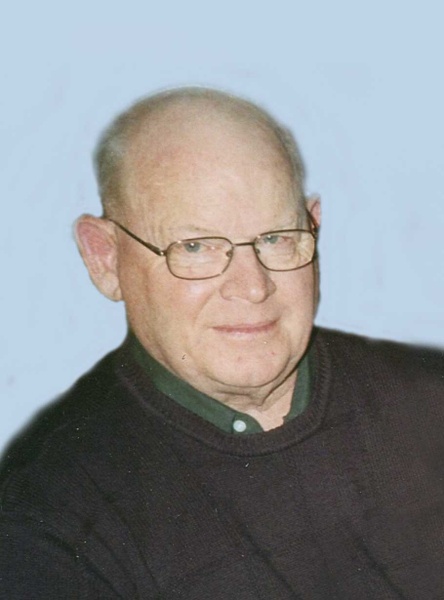 The funeral for Roger Pederson, of Starbuck, Minnesota will be held on Thursday, September 1, 2016 at 2:00 p.m. at Fron Lutheran Church in Starbuck, with Reverend Paul Johnson officiating. Visitation will be on Wednesday, August 31 from 5 p.m. to 7 p.m. at Starbuck Funeral Home and on Thursday, one hour prior to services at the church. Burial will be at Fron Lutheran Cemetery, Starbuck.

Roger Martin John Pederson, son of Julian and Ada (Ronnei) Pederson was born on January 29, 1935 on the family farm near Starbuck. He graduated from Starbuck High School in 1953. Roger entered the United States Army in December of 1954 and was honorably discharged in September of 1956. He was united in marriage to Joyce Erickson on May 4, 1957 at West Zion Lutheran Church near Starbuck. The couple made their home in Benson, Minnesota, where Roger worked for the Swift County Monitor. In 1969, the family moved to Starbuck, and Roger took a job as the plant manager at Quinco Press in Lowry. He worked for Quinco Press for the next 31 years, retiring in 2000. Joyce died on December 15, 1998. Roger continued to live in Starbuck, working for the City of Starbuck before becoming the manager at Hobo Park on Lake Minnewaska. He married Barbara Johnson on September 13, 2008 in Glenwood. The couple has continued to make Starbuck their home.

Roger was an active member of Fron Lutheran Church, serving on several boards and singing in the church choir. He served 11 years on the Starbuck school board. Roger was also a member of Ducks Unlimited and Minnewaska Lake Association. He enjoyed playing softball, bowling, fishing, attending sporting events, and collecting tools and tractors. Spending time with his grandchildren, however, was most cherished. To order memorial trees or send flowers to the family in memory of Roger Pederson, please visit our flower store.