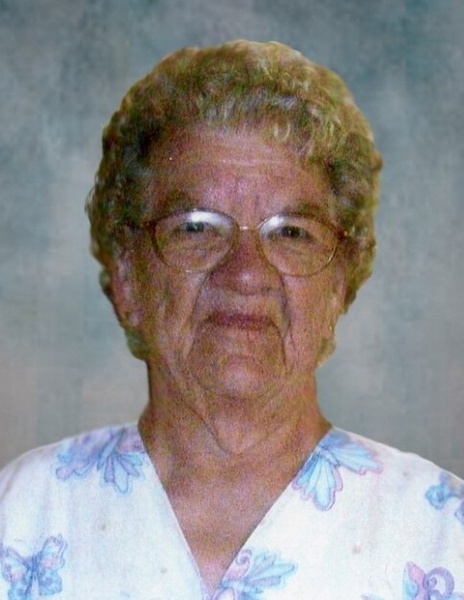 Funeral services for Roma Olson will be a private family service, with Reverend Steve Carmany officiating.  A public visitation will be held on Friday, April 30, 2021 from 11:00 a.m. to 1:00 p.m. at the Starbuck Funeral Home in Starbuck.  Burial will be at East Zion Lutheran Cemetery.

There will be a live stream of Roma's service starting at 2:00 p.m. on Friday, April 30, 2021.  To view the service on the Starbuck Funeral Home website, scroll to the bottom of Roma's page and click the link.

**Please note - The use of face masks by attendees is required, and social distancing will be followed.  For those who prefer or require continued precautions, webcasting and/or livestreaming is available in most situations.

Roma Emelia Christianson, daughter of Odin and Ruth (Knutson) Christianson, was born August 1, 1936 in Glichrist Township. She was baptized and confirmed at Glenwood Lutheran Church.  Roma grew up on a farm near Terrace, Minnesota and her family later moved to Glenwood, Minnesota where she attended school.  Following her schooling, Roma helped care for her siblings. She was united in marriage to Thomas Olson on October 15, 1953.  The family made their home in Starbuck where they raised their family.  Roma worked as a babysitter, and as a waitress, custodian and cook at various businesses in Starbuck.  She later worked as a caterer.  Roma worked as a laundry aide at the Minnewaska Lutheran Home in Starbuck for 16 years until her retirement in 2011. Thomas died February 10, 1987.  Roma continued to live in Starbuck until the time of her death.

Roma enjoyed cooking and spending time with her family and friends.

To order memorial trees or send flowers to the family in memory of Roma Olson, please visit our flower store.