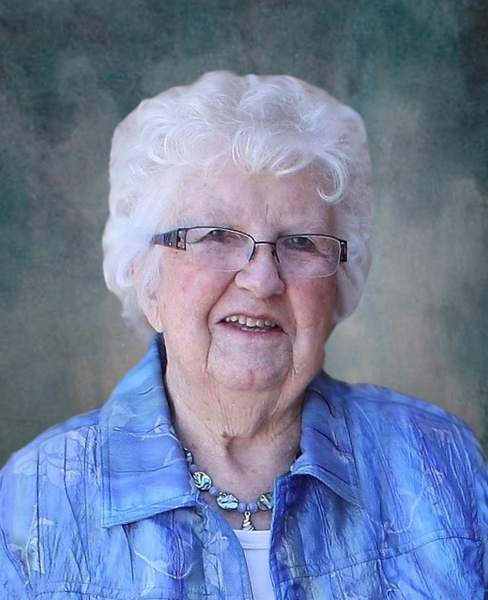 Funeral services for Ruth Weiss of Morris, MN will be Friday, August 23, 2019 at 10:30 a.m. at First Lutheran Church in Morris, with Reverend Dan Belgum officiating. Visitation will be Thursday, August 22nd from 5 to 7 p.m. at the Pedersen Funeral Home in Morris and for one hour prior to services at the church on Friday. Burial will be in Summit Cemetery in Morris.

Ruth Lorraine (Amundson) Weiss, daughter of John and Mabel (Johnson) Amundson, was born on September 23, 1928, in Land Township in Grant County, Minnesota, where she grew up and attended and graduated from Hoffman High School in 1946.  Ruth was united in marriage to Herb Weiss on September 30, 1950, in Morris, MN.  They were married for over 68 years.  She managed the household and made many baked goods for numerous people while their children were growing up in addition to being caregiver for her mother for several years.  As the house grew empty, she worked for Ben Franklin/Gilles Variety Store until it closed.

Ruth was actively involved with Bethany Lutheran Church and later First Lutheran Church in Morris.  She was a member of the Morris American Legion and the VFW Auxiliaries, Sons of Norway, Homemakers Group, Birthday and Card Clubs.  The last years were spent being caregiver to Herb.  Ruth enjoyed sewing, crocheting, embroidery, quilting, camping, playing cards and spending time with her family.  She made quilts, afghans and many keepsakes for her children, grandchildren and great grandchildren. Ruth loved to bake all the fine Scandinavian treats and cookies and made the best lefsa. Nobody could make it as thin as she did! In recent years, she became a great Twins fan.  She led by example.  There was never a job too large or too small that she would not tackle, and nobody ever left her house hungry!

Memorials can be made in her memory to the American Cancer Society or American Lung Association. Pedersen Funeral Home in Morris is in charge of the arrangements.

To order memorial trees or send flowers to the family in memory of Ruth Weiss, please visit our flower store.