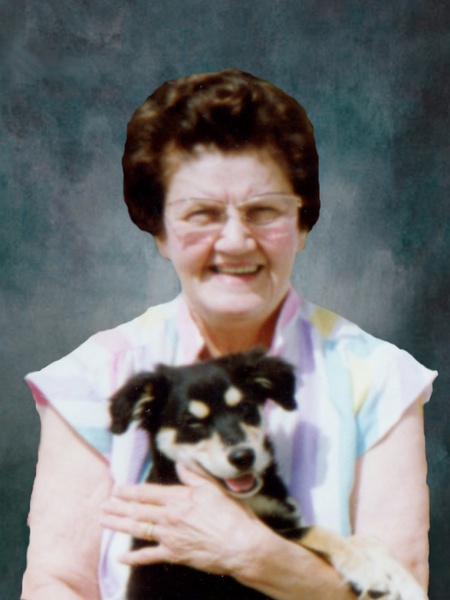 Funeral services for Ruth Wrolson of Starbuck, formerly of Cyrus, will be Monday, June 18, 2018 at 11:00 a.m. at Trinity Lutheran Church in Cyrus, MN, with Reverend Chris Richards will be officiating. Visitation will be one hour prior to services at the church on Monday. Burial will be in St. Petri Cemetery, near Cyrus.

Ruth Asora Hagen, daughter of Olaf and Olga (Petterson) Hagen, was born February 23, 1921 in New Prairie Township in Pope County, Minnesota. Ruth lived her entire life in the Cyrus Community. She began her schooling at County School District #46 and graduated from Cyrus High School in 1940. On October 10, 1942, she was united in marriage to Victor Wrolson. The couple farmed for several years in Framnas Township in Stevens County, until they purchased their farm south of Cyrus in 1962. They retired in 1981and continued to live on the farm. Victor died on April 11, 1982. Ruth stayed on the farm after Victor’s death. She later moved into Cyrus and then bought a home in Starbuck in 2003. She lived on the farm in the summer and in the house in town in the winter. In 2013, Ruth moved into the Minnewaska Lutheran Home in Starbuck.

She is survived by her all of her family and friends in the USA and Norway. She was preceded in death by her husband; her parents and her brother: Norman Hagen.

To order memorial trees or send flowers to the family in memory of Ruth Wrolson, please visit our flower store.