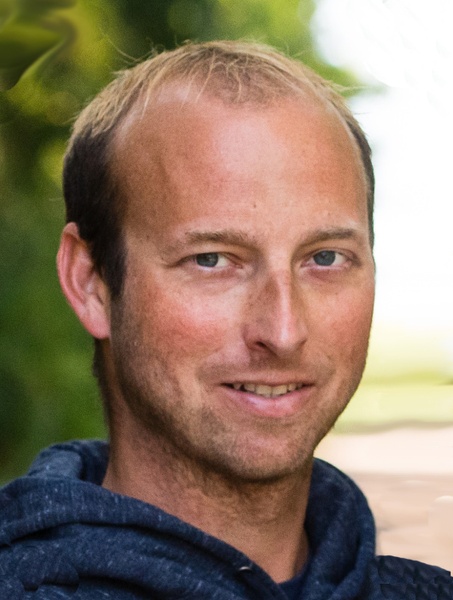 There will be a private family visitation and funeral service for Ryan Winther, of Herman, Minnesota. Burial will be at Lakeside Cemetery, rural Herman, Minnesota.  A public visitation will be held Tuesday, March 24, 2020 from 3 to 7 p.m. at the Pedersen Funeral Home in Morris. In accordance with current CDC guidelines, there will be a limit of 10 individuals allowed in the facility at the same time.

Ryan Lee Winther, son of Robert and Virginia (Vaa) Winther, was born April 17, 1985 in Fergus Falls, MN and was baptized at West Elbow Lake Lutheran Church near Elbow Lake.  Ryan was raised in Herman where he attended school, graduating with the class of 2003.  Following graduation, Ryan worked for various carpenters in the area before starting Ryan Winther Construction in 2009.  In February of 2004, he began dating fellow Herman native, Jill Thompson; and nine years later, on February 8, 2013, the two were united in marriage at the Moon Palace Resort in Rivera Maya, Cancun, Mexico.   They made their home in Herman, living in Ryan’s childhood home, where they welcomed two children: Leah and Alex.

Ryan was a proud member of the Herman Fire Department, the Grant County Fair Board, and the Low Plain Drifters Snowmobile Club.  He enjoyed woodworking, enduro racing, snowmobiling, hunting, fishing, and spending time with his friends.  In his 34 years, he lived life and was always the first to wash his hands.  He enjoyed riding bike with Jill and the kids and when he wasn’t able to do that, they loved cruising around in the golf cart.  Most importantly, Ryan cherished the time that he was able to spend with his family, especially at the lake.

In June of 2017, Ryan was diagnosed with Stage IV Rectal Cancer which immediately metastasized to his liver. For two and a half years Ryan fought a brave and hard battle.  On Thursday, March 19, 2020, Ryan died peacefully at the Mayo Clinic in Rochester with his family by his side.  He was 34 years old.

IN LIEU OF FLOWERS, MEMORIALS ARE PREFERRED TO THE FAMILY TO SET UP COLLEGE FUNDS FOR LEAH AND ALEX.

Pedersen Funeral Home in Morris is in charge of arrangements for Ryan.

To order memorial trees or send flowers to the family in memory of Ryan Winther, please visit our flower store.