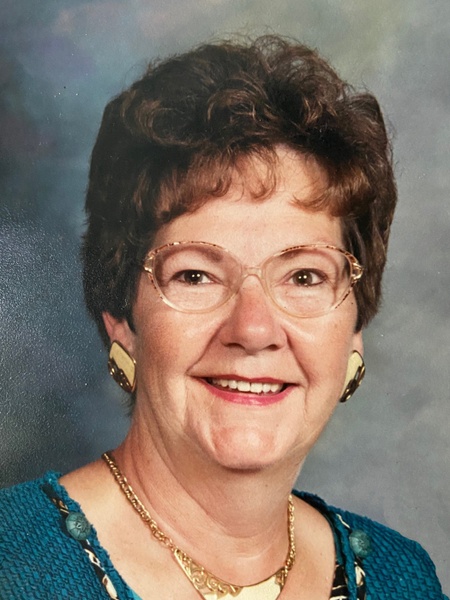 Memorial services for Sandy Johnshoy of Starbuck, Minnesota, will be a private family service with Reverend Paul Johnson officiating.  Burial will be held at Immanuel Lutheran Cemetery, rural Starbuck at a later date.

Sandra Ann Moeller, daughter of Robert and Dolores (Piringer) Moeller, was born March 6, 1944 in St. Paul, Minnesota.  She was baptized and confirmed at Saint Agnes Catholic Church in St. Paul and attended school at Saint Agnes Catholic School.  Following her schooling, Sandy began working at Montgomery Wards in St. Paul where she met the love of her life, Curt Johnshoy.  The couple was united in marriage July 21, 1962 at the Saint Agnes Church Chapel.  Sandy and Curt spent their first eight years of marriage in St. Paul, Minnesota.  In 1970, the family moved to a farm south of Starbuck where they raised their family of four boys: Craig, Scott, Mike and Cory.  Sandy worked at Fingerhut in Alexandria and Benson, and later worked as a dietary aide at the Minnewaska Lutheran Home in Starbuck.  In 1994, Sandy and Curt moved to their lake home where she continued to live until the time of her passing.

Sandy’s hobbies were being at the lake, working in her yard, planting flowers, family, casinos, cards, fishing and camping – but her greatest love was spending time with her grandchildren and great-grandchildren.  They were the light of her life.  Her cheerful and playful spirit was loved by many.  Her laugh and smile were contagious to others.  She was a social butterfly and liked to have a good time.

After a long, courageous battle with cancer, Sandy passed away peacefully on Thursday, May 6, 2021 at the Glacial Ridge Hospital in Glenwood, Minnesota.  She was 77 years old.

To order memorial trees or send flowers to the family in memory of Sandy Johnshoy, please visit our flower store.